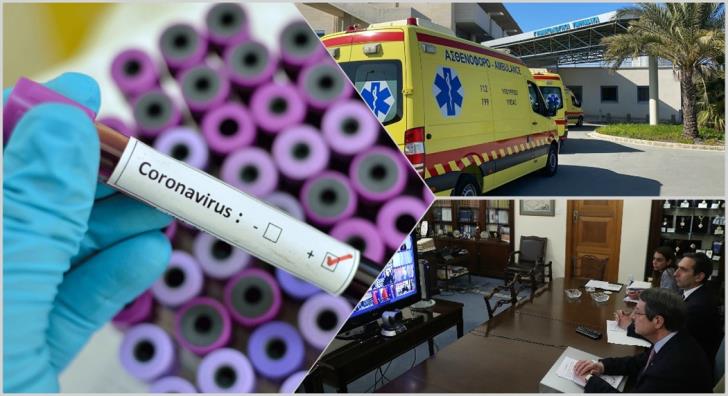 A total of 185 samples examined by the Cyprus Institute of Neurology and Genetics yesterday have tested negative for the coronavirus, its director Leonidas Phylactou told CybC radio on Wednesday morning as sweeping new measures aimed at containing an outbreak here kicked in.

Phylactou said most of the 185 samples were from the immediate environment of a Nicosia General Hospital heart surgeon who is one of Cyprus’ two confirmed cases of the virus.

The Institute is working round the clock and the examination of samples has become the routine, he added. It is also in contact with the bi-communal technical committee on health regarding developments in Turkish-held northern Cyprus which has one confirmed coronavirus case.

Measures approved by the Council of Ministers to contain the spread of coronavirus have come into force. Schools in Nicosia have closed for three days, universities have closed for two weeks while sporting events will be held without fans until the end of the month.

Cultural and other events are being postponed or cancelled as part of a government ban on all public indoor gatherings with more than 75 people.

Parades and other public events have been cancelled. The closure of the four checkpoints has been extended until cabinet meets again on March 18.

The 1420 phone centre has been deluged with phone calls — about 400 calls every 30 minutes — and authorities have appealed to the public not to use it as an information centre. Personnel have been asked odd queries, including the Feng Shui of the building housing the centre and horoscopes, philenews reports.

Information on the coronavirus is available on special websites of the Press and Information Office and the 1420 line must be left free for those who need it.