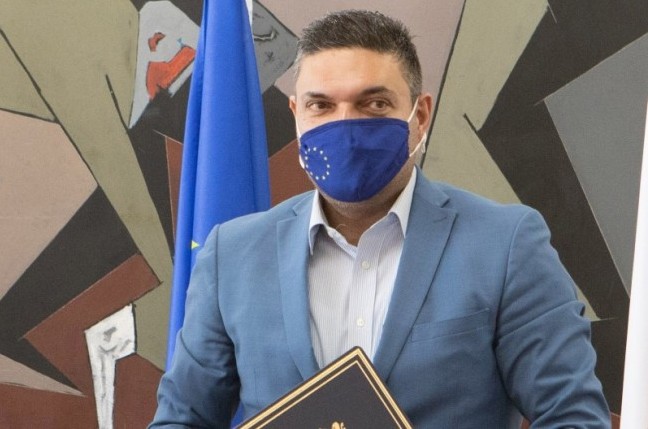 Coronavirus pandemic not managed to hold back banking sector

“Amid the pandemic, the Cypriot banking system has optimised its risk management framework, boosted liquidity, and raised its capital adequacy,” Petrides said.

Non-performing loans also recorded a significant drop, especially inside 2020, when the rate reached 18 per cent compared with 28% the previous year.

“All this in combination with a stronger regulatory and supervisory framework, boost confidence and resilience even more.”

Contrary to the 2013 crisis, during the pandemic the banking sector has helped maintain financial stability and directed funds to the real economy, Petrides added.

He warned, however, that challenges still lied ahead.

Despite the fall, NPL levels were still high compared with the size of the economy and European indexes, with compliance requirements continuously increasing, he said.

“We do, however, firmly believe that Cypriot banks are ready to tackle any challenges.”

Central Bank Governor Constantinos Herodotou said the substantial hit suffered by the Cypriot economic activity by the pandemic is gradually being reversed despite the uncertainty that still existed.

The governor noted that the measures taken by Cypriot banks were recognised by Moody’s as the main reason for the country’s upgrading in July.

Herodotou said managing the effects of the pandemic and tackling the challenges that existed before the pandemic “are key for the smooth and sustainable operation of our financial system.

“Consequently, banks must be especially careful in managing the risks that emerge from the pandemic by readjusting their policies and procedures accordingly where necessary.”

With the termination of the loan repayment holiday – decided by parliament last year when the pandemic hit — banks and supervisors have turned their attention to the quality of loan portfolios, he said.

“Around eight months later, the picture is encouraging, but there is a substantial number of credit facilities whose repayment has not started yet due to restructuring. So, there cannot be any complacency.”