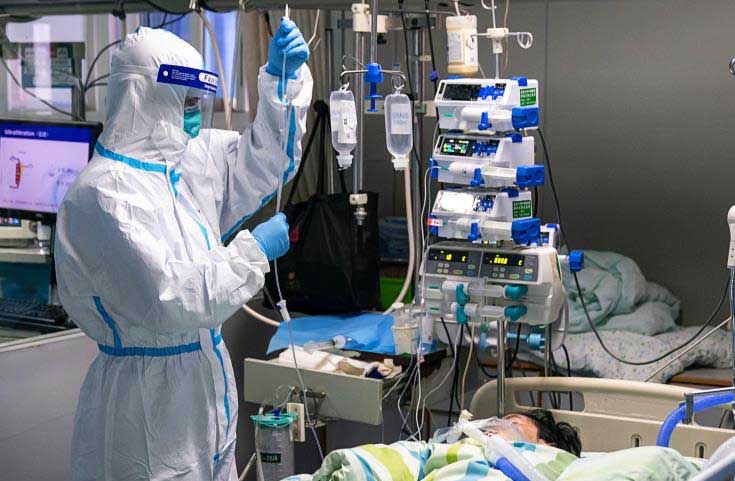 A procedure will be followed at Cyprus airports to identify travellers coming from China or those who have travelled to China in the last two weeks in order to deal with any cases of coronavirus.

This was agreed at a meeting held at Larnaca airport on Monday to discuss risks to Cyprus of the coronavirus. It was attended by officials from the foreign and health ministries, Hermes airport operator, representatives of airlines that bring tourists to and from China, state health services Okypy, the migration department, police, the fire and ambulance service, Larnaca hospital and the civil aviation.

In statements following the nearly two-hour meeting, Elizabet Constantinou, director of Health and Medical Services at the health ministry, said that the purpose of the meeting was to “coordinate all relevant services for travellers regarding the issue of the coronavirus”.

“We have agreed on the procedure under which ‘screening’ of travellers who visit China or come from that country to Cyprus will be done.”

If a case of coronavirus is detected, a plan according to the guidelines of the World Health Organisation and the European Infectious Diseases Centre will be followed.

“The issue is complicated but the state health services agency has been activated, with which we are in full coordination so that the incident can be managed,” she added.

“[It is] a process that starts with informing people who obtain a visa to visit or return to China and then they will be examined by medical staff at the airports with specific instructions.”

If a person has clinical symptoms of the virus, she/he will be transported to Nicosia general hospital, where suitable rooms for the treatment of deadly infectious diseases exist.

Constantinou said the installation of thermal cameras had not yet been discussed.

“Because there are so many viruses and flu at the moment, this issue will be studied at a later stage.”

On Sunday the foreign ministry reported that it has until now received only a small number of phone calls over the coronavirus and nothing that may cause concern has come up so far.

Persons who called seeking information were either Cypriots who visit China, or people in Cyprus who are scheduled to visit China or have relatives there.

Meanwhile, the health ministry on Sunday advised citizens not to visit Wuhan if this is not absolutely necessary while it gave instructions to those who will visit the city about the measures they need to take to avoid being infected with the virus.

The previously unknown coronavirus strain is believed to have emerged late last year from illegally traded wildlife at an animal market in Wuhan, a city of 11 million people.

The World Health Organisation said that while the outbreak was an emergency for China, it was not yet a global health emergency.