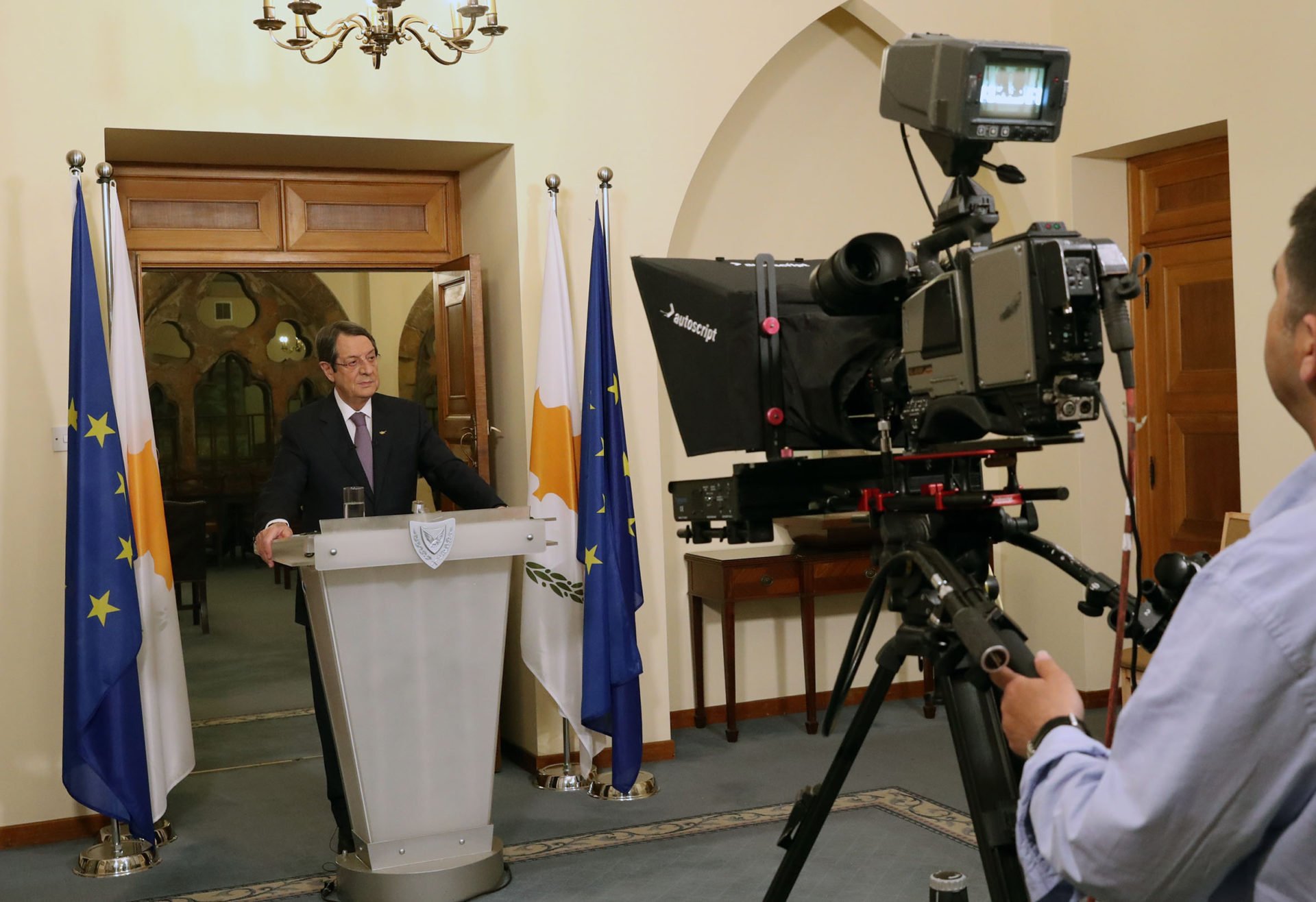 President Nicos Anastasiades on Monday announced draconian measures including restrictions in movement and the closures of public places, as the government seeks to stop the spread of the coronavirus, which totalled 155 cases island-wide.

“An out-of-control spread of the cases will lead to the collapse of the health system, which cannot respond to the needs that will be created irrespective of how good its structure is,” he said during a televised address on Monday evening.

“I cannot conceive that we can be led to the scenes seen in Italy and Spain where doctors are forced to select who lives and who will be left to die.”

The president said that despite previous measures, the sacrifice of thousands of workers, the pain felt by parents and children who remained abroad, a section of the public displayed a lack of discipline, self-respect, responsibility and solidarity with their fellow humans.

“Behaviours that expose the entire population to mortal danger,” he said, referring to the scenes of crowded parks on Sunday despite the government’s plea for people to stay at home.

As part of the fresh measures, the government banned unnecessary movement from 6pm on Tuesday until April 13, unless it concerned work, the purchase of supplies, doctor and pharmacy visits, or going to a bank if an online transaction is impossible.

Also exempted are people who provide assistance to vulnerable groups and first-degree relatives attending funerals, weddings, or baptisms, provided they do not exceed 10 people.

Exercising and walking a dog are also allowed as long as they do not exceed two people and they are restricted to the area around their residences.

Everyone outside must carry their ID or passport and additional proof regarding their business. Violators will be fined 150 euros on the spot.

Visits to churches, mosques, and other religious venues were also banned.

All businesses can trade online and deliver their goods.

The closure order includes construction sites apart from those relating to public utilities.

The Easter bonfire tradition was also banned, and any ‘fuel’ collected by youths will be removed by local authorities and the police.

Earlier on Monday the Cyprus Medical Association (Cyma) had called on the government to impose a complete ban on unnecessary travel to stop the spread of the coronavirus “before it’s too late”.

Cyma said the government needed to take stricter measures even a temporary total lockdown “without delay” to halt the uncontrolled spread of the virus mainly from asymptomatic cases,” it said. “It is absolutely necessary to support healthcare services and workers.”

The advisory committee for the health ministry had also been discussing the total ban on unnecessary travel, committee head Dr Erini Christaki said.

She added the committee had been forced to bring up the lockdown measure as the public was not conforming.

Images surfaced over the weekend of full car parks, and lines of people in parks and open-air markets, raising concerns.

In Limassol, the municipality has also started to take measures in the outdoor spaces of the city.  The municipality said they had already closed the parking areas at the seaside park in the city as well as the playgrounds for children.

Concerned readers contacted the Cyprus Mail to tell Cypriots going out to “stop being reckless!”

They added they have been in lockdown since the virus broke out, and that from their apartment in Limassol they could see many people walking around on the promenade in the city.

“Watching these people walking, serene and relaxed, as if they were on vacation, an obvious question arises: are they crazy or are they just so irresponsible and selfish?” the readers, a couple, said in an email.

Another concerned individual commented to the Cyprus Mail, there were many people visiting rural villages in the mountains, where they live. The reader said the local mayor contacted the police, who said there was nothing they could do, as the government had not by then issued instructions for these excursions.

“The health service here would not be able to cope with the number of sick if Covid-19 arrives in the mountain villages,” the reader said.

Crowds of people from Limassol flooded up to Mallia at the weekend, the reader said.

“This seems to be a problem in other villages to.  One mukhtar contacted the police but they are unable to do anything because there is no government directive telling people not to go to the mountains and so people do what they want,” the reader added.