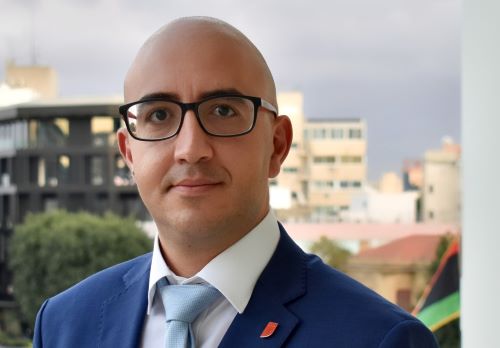 Corporate reporting – the next Gen

Concretely, the International Accounting Standards Board (IASB) has turned its attention to improving the effectiveness of disclosures and to reducing the compliance burden for a limited scope of eligible entities (mainly addressed to subsidiaries without public accountability). In particular, the Board published two Exposure Drafts (ED) with a rather long comment period soliciting the views of its constituents. The standard setter is moving to the right direction, however there are still some concerns. I expect the IASB to further refine their proposals.

Amid the developments in financial reporting, different organisations continue their work in the area of non-financial reporting. While they claim different parts of the overall picture, there are quite some interceptions of the various initiatives which could result to a labyrinth of overlapping and in some cases contradictory requirements. Cooperation, coordination and alignment are crucial in the efforts to come up with internationally accepted reporting requirements.

Financial reporting and the IASB

Under the umbrella of the Disclosure Initiative the IASB published two EDs aiming at improving the effectiveness and efficiency of financial reporting.

The former, aims at eliminating the “checklist approach” for disclosures. Under this proposal, each standard sets a disclosure objective which replaces the existing (exhaustive) requirements. The objectives will be complemented with further guidance, but without any rigid requirements, allowing room for interpretation to preparers, auditors and market supervisors. This is driven by the observation (by some) that the current wording in IFRS is used as a checklist disregarding any other overarching principles (for example materiality). The Board also expects an earlier engagement between prepares and users, so that the users’ needs are properly reflected when designing the disclosures to the financial statements.

While I have a lot of sympathy for the principles as described in the ED, I find it hard to imagine how these could work in practice. I share the views of the three Board members who expressed a deviating opinion (alternative view). Mr Edelmann, Mr Gast and Ms Lloyd explain, in the Basis for Conclusions (AV1-AV14) , why, in their view, these proposals will not help in solving the disclosure issue. Developing objective-based disclosures in IFRS Standards without specific requirements, will: (a) increase enforcement challenges; (b) be more burdensome for preparers of financial statements and increase reliance on materiality judgements; and (c) impair comparability for users of financial statements by introducing a more flexible approach to disclosures.

Similar views were expressed in different expert groups at the European level, among others at Accountancy Europe. The comment letters are still being drafted (deadline is extended to 12 Jan 2022), but the IASB already took note of these discussions.

The second project relates to the accounting regime of smaller entities, which can opt to use the recognition and measurement of IFRS without the burden of providing the full disclosures.

Under the ED, the eligible entities need to meet two criteria: (i) the subsidiary does not have public accountability; and (ii) its ultimate or any intermediate parent produces consolidated financial statements available for public use that comply with IFRS Standards. Both criteria are already well embedded in the literature, though the Board makes it clearer in the ED, by introducing additional guidance, especially on public accountability.

An entity that meets both criteria may elect to apply this (DRAFT) standard. If it does so, then the entity will be required to apply only the recognition and measurement of the IFRS, while will refer to this DRAFT standard for the minimum disclosure requirements, with two exceptions: the two IFRS that only apply to entities with public accountability (= IAS 33 Earnings Per Share and IFRS 8 Operating Segments) - as these standards are, by definition, excluded from the ED – and the newly published IFRS 17 Insurance Contracts.

Though the idea is very much welcomed, some constituents, especially the European stakeholders, expressed concerns on the narrowly defined scope of the proposal. It is worth mentioning that one Board member voted against the publication of this ED.

Ms Flores stated (in the Basis for Conclusions AV1-AV8 ) that while she agrees with designing disclosure requirements that are specific to entities without public accountability, she opposes restricting such requirements to subsidiaries that are SMEs. In her opinion, extending the scope will not only help constituents but it will help the IFRS Foundation to fulfil its mission. She explains that this (DRAFT) standard will enable entities that are not currently using IFRS and are not allowed to use the IFRS for SMEs, to consider adopting the IFRS without the burden of the full disclosure requirements.

I echo Ms Flores’ views. Extending the scope will, indeed, improve financial reporting, bring more transparency to the market and allow comparability, especially since the recognition and measurement requirements will be derived directly from IFRS. In addition, this standard will enable other European jurisdictions to expand the requirements for IFRS beyond the scope of the European Union’s minimum requirements . Finally, it will be a huge step in introducing the much-anticipated simplicity in financial reporting for Cypriot SMEs.

As said above, both comments letters at the level of Accountancy Europe are still being drafted and any views that can influence the debate are very much welcomed.

This term was in use long before it was coined by the European Commission, when it published its Accounting Directive. I find this term insufferable. Firstly, I never use definitions by reference to “what something is not”, instead I prefer to define it by “what it is”, and secondly, there is no such thing as “non-financial”. At the end of the day, everything will hit the bottom line – some sooner than later.

To my pleasure, others call it “ESG reporting”.

Irrespective of the definition, the emphasis on reporting of non-traditional financial items is gaining a lot of traction. Several initiatives have been taken by different organisations. In the European Union, the main one is led by the European Financial Reporting Advisory Group (EFRAG). EFRAG has been asked by the European Commission to develop draft standards, using proper due process, public oversight and transparency, and with the expertise of relevant stakeholders . The new initiatives come with challenges which can only be tackled with collective efforts. That’s why this is, indeed, a second pillar for improving corporate reporting.

Referring to my definition, Non-Financial and Financial Reporting go hand in hand. Not only on the content, but also on standard setting. International and European organisations have the legitimacy to develop such standards which can be applied in a consistent manner across different jurisdictions. This will enhance comparability which is one of the main characteristics of transparent and efficient financial markets.

In this short article, I summarised some of the main initiatives, at the international and European arena but off course it was not meant to be complete. There are a lot of different debates and consultations that could have a significant impact on corporate reporting. I am looking forward to discussing these with you and to exploring and understanding their impact for you and your business.

Bio: After 8 years in Belgium, and in different positions Pantelis returned to Cyprus and joined EY as a Director in the IFRS technical team. His most recent experience in Brussels includes (among others) heading the integrated risk and being the IFRS expert in KBC Group (a financial conglomerate group). Preceding these roles, Pantelis took a up a challenge at the European and International arena, as the technical manager on IFRS and financial services at Accountancy Europe [AE] (formerly known as Federation of European Accountants). Since 2018, Pantelis is appointed by ICPAC to represent the Cypriot profession at the Accounting Working Party of AE.

Bio: After 8 years in Belgium, and in different positions Pantelis returned to Cyprus and joined EY as a Director in the IFRS technical team. His most recent experience in Brussels includes (among others) heading the integrated risk and being the IFRS expert in KBC Group (a financial conglomerate group). Preceding these roles, Pantelis took a up a challenge at the European and International arena, as the technical manager on IFRS and financial services at Accountancy Europe [AE] (formerly known as Federation of European Accountants). Since 2018, Pantelis is appointed by ICPAC to represent the Cypriot profession at the Accounting Working Party of AE.