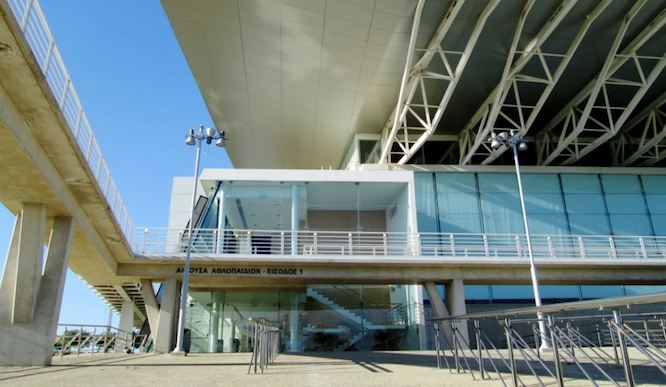 Council wants to turn Cyprus into education and research centre

The Cyprus Economy and Competitiveness Council on Monday submitted a range of proposals for pursuing the growth and development of the tertiary education sector which would have many benefits for the country.

“There are significant prospects for the further improvement of Cyprus’ position as an international higher education centre,” the council said. While it was difficult to accurately calculate universities’ contribution to the country’s GDP, there were other benefits, apart from student tuition and accommodation fees, such as the upgrading of the country’s workforce, the development of research and culture, as well as improvements in the overall quality of life, it added.

There are currently 10 universities operating in Cyprus, seven of which are privately owned and three public.

The number of university students has doubled over the past 12 years, exceeding 50,000, with 44 per cent of them being from EU member states, and 16 per cent of them originating from third countries.

The first proposal revolves around the development of a strategic plan to make Cyprus a higher education and research centre in cooperation with educational institutions, research organizations, the government, and stakeholders.

This includes selecting certain areas of knowledge that Cyprus should focus on, identifying countries from which Cyprus should aim to attract students, as well as determining the ratio of local, EU and third-country students over the next five years, with the objective of doubling student numbers over the next 10 to 15 years.

The Council wants all universities to join forces to promote the island as an educational centre, as well as the utilisation of Cyprus’ diplomatic missions abroad for this purpose.

There is also a proposal for the creation of a dedicated portal in which people abroad would be able to find all necessary information for studying in Cyprus, as well as the collaboration with research centres in Europe in order to facilitate research and post-graduate student exchanges. This would also prevent educated Cypriots from leaving the island.

The second proposal concerns the creation of three medical schools through the establishment of one common university hospital, they could all use.

“University hospitals around the world are appreciated for the level of medicine they offer, for the training of medical and paramedical staff and for their contribution to scientific research,” the council said.

“The operation of a common university hospital would help in the further development of medical schools,” it added, explaining that the hospital would also contribute to Cyprus’ efforts in becoming a regional health centre.

The council said that the above proposal requires both private and public investment, while the potential relationship of such a hospital with the General Health Scheme (Gesy) should also be examined.

An additional proposal sees the creation of a new centre of excellence for emerging technologies.

“The centre of excellence will have the opportunity to participate in international developments, expand local knowledge and offer solutions in joint programmes with local companies and organisations,” the council said. This initiative would require the participation of all universities and research centres so that critical mass can be secured.

The council also proposes that the government must make it easier for public universities to attract foreign students, explaining that this would better utilise the already sizeable investment the state makes in the running of these universities.

The council makes particular reference to the need for academic programmes being held in the English language, something which public universities are currently unable to offer.

In terms of the fees for such programmes, the council advises that these should be set according to what the average fee is at private universities so that competition issues do not arise.

The set of proposals also speaks on the issue of bridging the gap between academia and the business world.

“Universities will be able to increase their added value to better meet market needs through the design of curricula that are closer to the skills and competencies required by the modern labour market, thus creating the necessary talent pool of local graduates,” the council said, adding that this would also be facilitated through “the cooperation of the universities’ research centres with companies, as well as private and governmental organisations, through targeted, practical and specialised seminars for the transfer of know-how”.

The council also stated that it should be made easier for universities to place students in public or private businesses during their studies so that they acquire experience in their chosen field.

The seventh and final proposal by the council suggests the provision of incentives to attract higher education institutions to disadvantaged areas, including mountainous and rural areas as well as tourist areas that are significantly affected by seasonality.

“Attracting higher education institutions to disadvantaged areas can have direct and indirect benefits to local economies but also to the wider economy through multiplier benefits,” the council said, adding that “in addition to the economic activity of the institutions themselves in the local economy, student accommodation in these disadvantaged areas has the potential to revitalise them financially, improve their quality of life, combat urbanisation and attract new residents”.