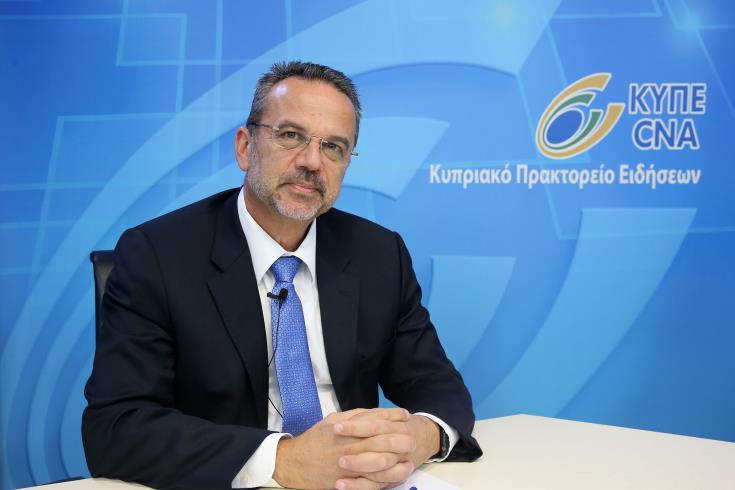 More digital services will be made available for the public in a few months, deputy minister of research, innovation and digital policy Kyriakos Kokkinos said on Wednesday.

He explained that the processes have been sped up as a result of the coronavirus.

“Certainly, the action plan and strategy that we had in place when we started in early March are different in terms of adapting to the needs and imperatives imposed by crisis management and the post-coronavirus era,” he said.

What the deputy ministry has started to do is to take small steps to automate services in all ministries and departments for the benefit of individuals and businesses.

These actions were originally part of a long-term, two or three-year plan.

“But the priorities are now changing and we need to deliver part of this plan immediately, to bring it forward, so that we can provide services to the citizens,” he said, adding that it will now take two to five months to complete them.

One example is the operation of the citizens service centres. Instead of the goal to have 1,000 people a day visiting them, it is now the plan to serve 100 to 200 people a day electronically.

Kokkinos mentioned other government departments, such as the town planning department and the land registry, where several services could by digitised if certain criteria are met.

“An electronic signature is a necessary precondition for this to happen.”

This signature will now be implemented much sooner than was planned.

At the same time, digitisation involves simplifying the processes.

“The crisis, no matter how terrible, has made us review our thinking and take steps which we should probably have started or even completed earlier. In any case it has now become imperative to do them.”

Asked about the cost, he said the cost of not having the services is much higher than what they may cost to implement.

What will be done immediately is the automation of a number of services the cost of which will be much less, he added.

He gave the example of a recent procedure of submission of applications for subsidies offered by the ministry of labour, pointing out that within two weeks a system was up and running through which people submitted their applications electronically, which were then evaluated and payments were made to the beneficiaries.

The system will be improved to make the next application process even more productive.