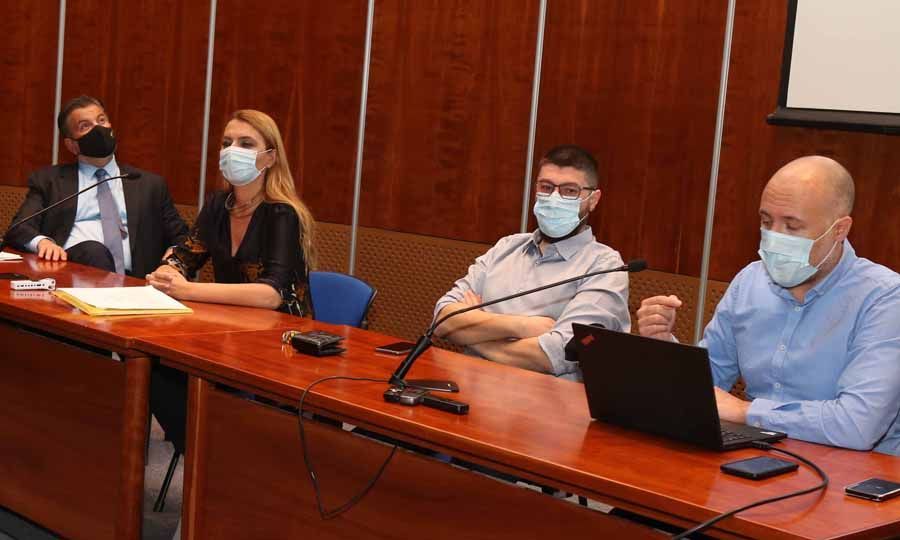 A Cypriot scientist is behind a new, simple to use, coronavirus lab-free test which returns results in just over an hour, hailed as a valuable tool in the UK’s battle against the pandemic.

The test was developed by one of the most accredited researchers in biomedics, British Cypriot Regius Professor of Engineering at London’s Imperial College Chris Toumazou.

“I used to develop many biomedical parts out of microchip technology. When my son was very young, he lost his kidneys through a genetic issue and I wondered if we could apply this technology to healthcare and look at early detection of genetic diseases.

So, with my colleagues we came up with this microchip technology where we replace an entire laboratory with a cartridge”, Professor Toumazou told CNA.

This innovative compact device is a product of DNAnudge, a biomedics firm co-founded by Professor Toumazou.

It is able to quickly analyse DNA swabs, connected to smart devices it allows an individual to use their genetic profile to avoid shopping for products that are bad for their health, be it food or skincare.

The cartridge contains a plaque of microchips which are used as biomarkers, identifying the presence of the coronavirus’s genetic code in the nasal or saliva swab that is applied onto them.

“They work like bait catching the fish, the virus’s RNA”, explains Professor Toumazou.

This process takes place within a handheld cartridge when it is placed in a larger box, the size of a shoebox.

The bigger box amplifies the sample by repeatedly heating and cooling it, a process known as PCR. The result comes through in 75 to 80 minutes.

The cartridge can also check the adequacy of the swab by determining the presence of human RNA.

“This is the other big advantage because a lot of tests done in hospitals, probably 20%, are false negatives because their swabbing is not done correctly.”

It was successfully trialled on nearly a thousand coronavirus patients.

“We got 98% sensitivity and 100% specificity which means we never got a negative wrong and 98 out of 100 correct positives.”

The UK Department of Health got “excited” and that resulted in 10,000 tests already being used in at least five big London hospitals.

“We are in A&E wards, maternity wards when you have an operation, where you need fast results.”

The UK government has ordered another 70,000 of the cartridges and hundreds of thousands more orders are expected once the plan for extending manufacturing capacity is realised.

His aim is to be able to produce a million cartridges a month by the end of the year.

The diagnostic test is currently limited to use within the UK.

“In a few weeks, we will get our own self certified regulation for the box.

So, we are thinking then of potentially using it at airports and we are already talking to those in charge of airports in Cyprus and looking at other potential places of use, airports in the UK, private hospitals.”

Professor Toumazou also hopes to be part of the work that Imperial College does in testing a vaccine for Covid-19, one of the two vaccines along with Oxford that has received government funding.

“This is going really well, and we are hoping to be part of the trials as well because with the cartridge we can look at the efficacy of the vaccine by looking at what happens to the virus over time. It could be this time next year we could have a vaccine.”

The 58-year-old bioengineer was at the forefront of the fight against the pandemic right from the start and his estimation of how things are going is encouraging.

“I can see things starting to get into place faster, as long as there is some degree of understanding of social distancing.”

“And the jury is still out on [a second wave]. I think that it won’t be a huge disruption like the first time because hospitals are prepared, technology is available now.

The governments are ordering billions of dollars of test equipment now…so we are so prepared that actually, I feel a lot more secure and comfortable, and I would say to people get back into the swing of things sooner rather than later.”

“We are very protective. That’s why Cyprus and Greece have done well, because of our culture. But the situation is reassuring, it’s not as bad.”

Feeling close to Cyprus he recognises that achievements like his could make his compatriots feel proud.

“It takes our culture and our nature because something like this requires different talents to work together and I think one of the things we have got is not the only IQ, I think the Cypriots particularly have emotional intelligence, they are able to work well with people and that has been a strength.

I think Imperial College has some of the smartest Cypriots in the world and I am very proud of that because these guys go very far when given an opportunity.”