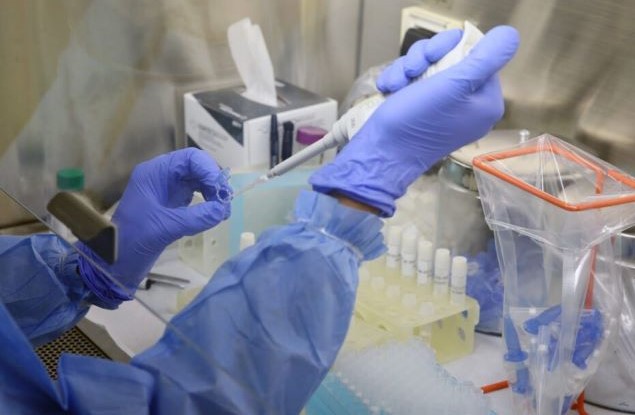 After a spike in Covid-19 cases that has seen the virus spread, Cyprus should be back to single-digit infections within three weeks if measures like wearing masks are followed, a government expert said.

Dr Leondios Kostrikis, Professor of Molecular Biology at the University of Cyprus said that in three weeks the island will return to epidemiological levels prior to the local outbreak in Limassol recently.

“I hope that two to three weeks following the announcement of the protective measures by the Minister of Health, we will return to the levels we had before,” he told CNA

“Until the introduction of the vaccine, “I would like to see small numbers, close to zero”.

Kostrikis said that at the end of this week, the beginning of the next, results of the measures taken by the Ministry of Health will begin to show leading to a drop in new cases.

He said the number of confirmed cases is increased in all towns.

Based on the results of 4,000 random tests that were announced, Nicosia and Paphos have the lowest (0.35%), followed by Famagusta and Larnaca (close to 1%) and Limassol had the highest (1.2%).

Kostrikis said that younger people have been infected with the virus recently but expressed the view that it is a matter of time before the infections are transmitted to older people.

“The virus is more adaptable, it adapts easily to humans. When a virus adapts to an organism it becomes less pathogenic and multiplies at a better rate.

And this seems to be indicative of the new clinical conditions of the latest infections, that is, people do not have as much pathogenesis as before – it does not send people to hospitals and is more resistant, it takes longer to eradicate the virus from humans.”

Asked if recent COVID-19 confirmed cases constitute the second wave of the pandemic, he said that we are experiencing a resurgence of the virus in Limassol.

“I would not define it as the second wave at the moment, it is a resurgence or resurgences.”

He ruled out a new lockdown regime being imposed if the situation worsens.

“If there is a lockdown, it will not be the same as in March it will be different, for many different reasons.”

Kostrikis said people must learn to implement practices as if there was a lockdown such as limiting contacts and wearing masks.

“We do not need to place people in lockdown so that they implement lockdown policies.”

He said there are no indications as to what might happen in the autumn or whether schools will shut if cases rise again.

He said the University of Cyprus will follow a mixed model, based on which subjects will be taught online while smaller classes will take place in lecture rooms.