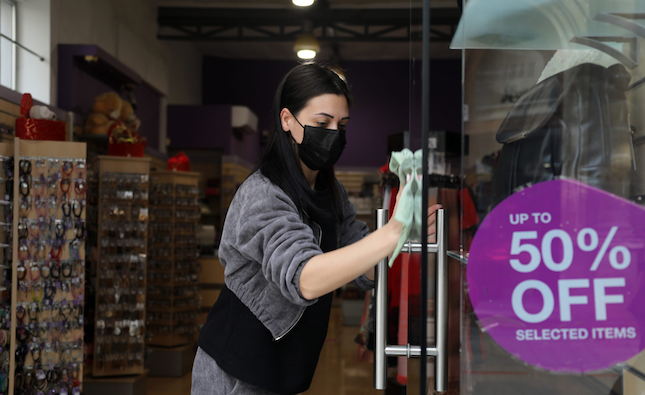 Seven out of ten businesses in Cyprus said their turnover took a hit from the coronavirus pandemic in 2021 while blaming the government for ‘not doing enough’ to guide them through the crisis.

According to a survey carried out by CMRC Cypronetwork, with input from some 254 companies from November to December, 68% of companies said their operations suffered in 2021 due to pandemic restrictions.

The impact of the COVID-19 pandemic was felt most in the tourism industry, with 74% of enterprises reporting a “significant impact” on operations.

Just 6% of all businesses asked said they were very satisfied with their performance over the past year, compared to 40% who were “quite satisfied”, and 49% reporting they were “not at all satisfied”.

Just 13% reported a growth in their turnover last year, with 59% saying their revenue has declined.

Six out of ten companies (62%) reported an increase in the cost of purchasing products and services, while 22% said the value of their business was reduced.

Some 68% of companies surveyed said they were disappointed with the COVID-19 support provided by the government through furlough and other support schemes.

Just 5% of firms said they found the support had helped them ‘a lot’, while 22% said they were ‘somewhat’ helped by the schemes.

Looking forward, businesses are unsure about the year ahead, as a third (33%) expect their turnover to remain at the same levels, 27% expect to see a decrease, while just 24% predict an increase.