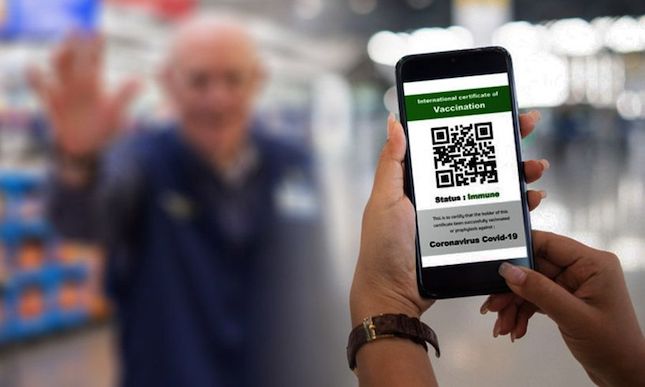 Door greeters at supermarkets started using the android app CovScan on Monday to verify the authenticity of their customers’ Safe Pass documents, but the program will run on a trial basis for two weeks following criticism that consumers and businesses had little time to prepare.

Last week following a Cabinet decision, a Health Ministry press release said checks for SafePass in the Republic Cyprus would be conducted only via CovScan Cyprus, a software application that can be downloaded on android devices such as smart phones and tablets.

But critics, including consumer groups and many business owners, have criticized the decision, arguing many customers especially the elderly were not familiar with technology required for obtaining a scannable unique code.

Critics have argued that the app could lead to privacy breaches, as personal information will appear on the door greeter’s android phone or tablet screen, while also pointing out that the app was not available on iPhones.

Some businesses including supermarkets, bakeries, and department stores, can use their own scanners, local officials said, but only if they are Android-compatible, while technical issues were also raised as to whether the devices could work correctly.

The ministry says CovScan allows for a quick and safe validity of the EUDCC, with users scanning a QR code to establish the validity of a SafePass holder.

A green “valid” indication on the user’s phone will mean the person’s QR code reflects full vaccination against or recovery from COVID-19, while an amber “limited validity” message means a person’s PCR or rapid test is within the permitted 72-hour period. A red “invalid” indication means the document could be fake or expired.

A QR code can be printed or downloaded from the government's EUDCC portal.