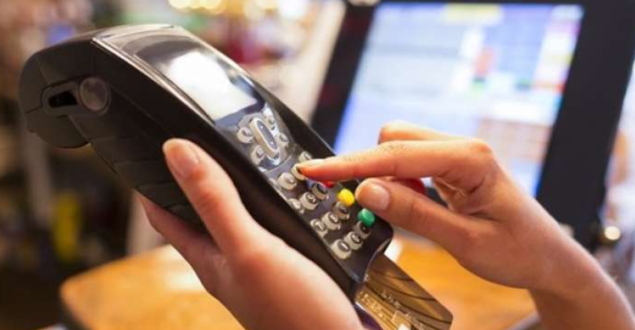 Cyprus credit card transactions in the first quarter of 2020 increased by 13%, as the coronavirus outbreak left its marks on the use of plastic money.

According to the latest JCC data, the value of Cyprus credit card spending in the domestic market increased by 13% in the first three months to € 1.185 billion compared to the same period last year.

The sectors that had traditionally witnessed the largest volumes such as restaurants, bars, hotels and entertainment took a blow, while plastic money spent at kiosks, bakeries and pharmacies took-off.

This is because under COVID-19 social distancing measures all businesses, retail shops, gyms, clubs, bars and restaurants were shut down under government decrees in March.

Only essential services were allowed to stay open including supermarkets, bakeries, kiosks and pharmacies.

JCC provided further analysis for the month of March, which shows restaurants, bars and hotels recording a decline of 46%.

The Travel and Tourism related businesses took the hardest hit as they saw a 62% reduction in transactions.

All hotels were closed by the government last month while in-coming commercial flights were also banned.

On the other hand, kiosks and newsagents saw an increase of 85% in transactions made via credit card.

Transactions in supermarkets and pharmacies shot up by 52% and 27% respectively as people are staying home, stocking up on food and personal hygiene products.

Sales and cash withdrawals of Cypriots with credit cards abroad, including online purchases, was up 3% to €448 million in March.

Foreign card transactions (sales) decreased by 10% in January to €138.7 million.

Cyprus cards used in the occupied north of the island reached €4.1 million from January to March.

Transactions with Turkish cards in the Cyprus Republic stood at €3.8 million for the first quarter of 2020.