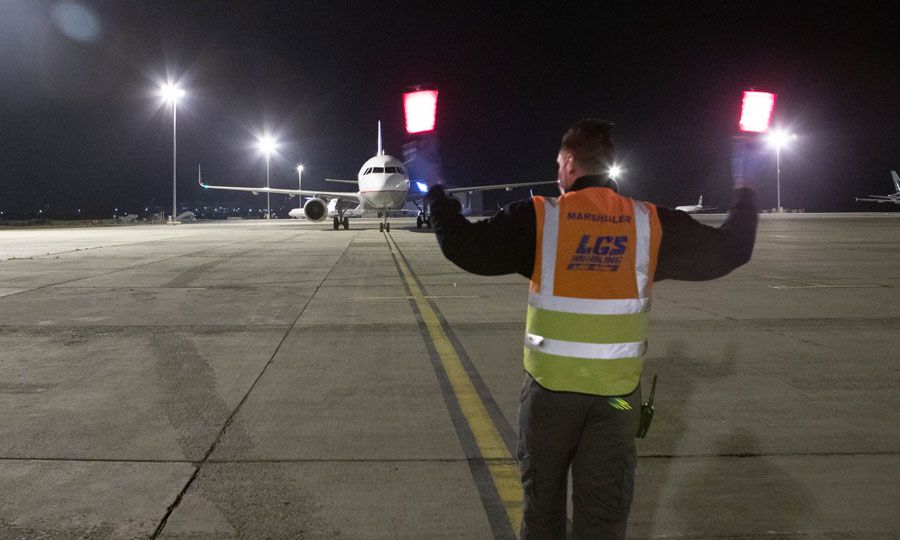 An Aegean flight from China touched down in Larnaca on Saturday night, carrying medical supplies including personal protective equipment urgently needed by health workers in the Republic of Cyprus.

According to a post on social media by Hermes Airports, a cargo flight from China, operated by Aegean Airlines, landed on Larnaca's runway on Saturday evening shortly after 8pm and taxied to the old airport, which is adjacent to Larnaca International Airport.

The unlisted arrival of the passenger plane, which was modified in order to carry medical supplies from China, flew directly to Cyprus carrying seven tons of medical supplies, including personal protective equipment for health workers such as medical gowns and scrubs, face masks, and medical gloves.

The shipment, which was ordered by the government of the Republic of Cyprus, also included urgently needed hospital consumables, which typically include syringes and needles.

Earlier this week, another plane arrived Monday evening, carrying 1000 PPE units donated from China to Cyprus, which were originally sent to Greece on a Greek military aircraft, which failed to make the delivery to the island.

According to Kathimerini Cyprus, medical consumables were in short supply last week, prompting government officials to raise the alarm, with Health Minister Constantinos Ioannou describing the situation as “a serious problem, just like in all other countries."

“Unfortunately, due to the high level of concern among medical professionals, there was some misuse of protective gear that resulted to fewer quantities,” Ioannou told Kathimerini.

The minister also said the medical supplies that arrived on Saturday were expected to last through "the entire crucial period," adding that the government has made plans to put in additional orders and charter more flights if it became necessary.