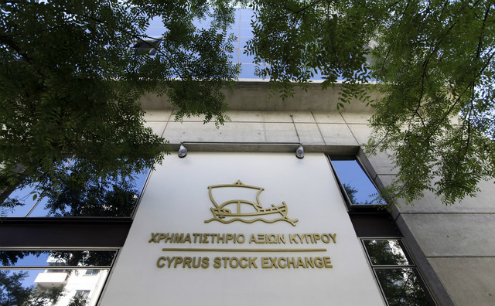 The Cyprus Stock Exchange (CSE) is deeply “dissatisfied and disappointed” with the approach taken by the Energy Ministry which rejected its bid to act as the country’s electricity market operator.

In cooperation with the Hellenic Stock Exchange and the Athens Stock Exchange, the CSE submitted a comprehensive proposal to the Ministry of Energy offering all the necessary services for the operation and management of a competitive electricity market.

In a media briefing this week, the Nicosia bourse said Cyprus had lost out on a historic opportunity to set up an energy stock exchange.

“This proposal offered significant cost and implementation advantages such as the knowhow and infrastructure of the Greek Energy Exchange that would cover future needs such as buying natural gas,” said CSE Chairman Marinos Christodoulides.

"While the proposal submitted by the stock exchange received clear support from the overwhelming majority of energy market players, the competent ministry, based on false assumptions and with a foregone attitude, rejected the CSE proposal and, by default, the prospects it could have provided the Cypriot economy," he added.

HEnEx, in which the CSE is a 10% venture partner, has been trading for about a year and promises to grow further, simply because the Greek electricity grid is already linked throughout the country to state-owned, as well as private power producers, and cross-border to the European network thanks to a web of interconnectors.

Disappointed with the turn of events, the CSE is critical of the Energy Ministry and the Minister for handling the matter in such a way it was “damaging for the country”.

Christodoulides noted that the proposal which envisaged the CSE regulating the energy market would also bring about the growth of the stock exchange, adding significant value.

Ministry has instead decided to hand the task of monitoring and regulating the energy market to the Transmission System Operator, which was recently made independent from the Electricity Authority of Cyprus.

The CSE said its proposal would see the state paying some €6.3 million for setting up the trading platform, while the Ministry’s choice means the state will pay an additional €2 million.

“Furthermore, the state will have to chip in another €2 million in 3-4 years as the platform proposed by the Ministry will not be up to speed with EU directive and requirements created by the increase in demand once Cyprus is interconnected.”

The CSE feels that the Ministry acted behind its backs, as their proposal was rejected by a committee set up by the Ministry a few days before the matter was to be examined for a third time by Cypriot MPs.

“The House invited us to present our case on the following Tuesday, but by Friday the committee had already delivered their decision to reject our proposal,” Christodoulides said.

He said the CSE did, however, present its case before the House with all stakeholders and the majority of parties expressed their support for their venture and President Nicos Anastasiades has said he would look into the matter.

However, the TSO has made a call for tenders for a software platform for €8 million but the CSE Chairman said it did not attract a satisfactory bid, with the process to be repeated.

The CSE believes the issue will reopen once Cyprus starts supplying natural gas to foreign markets and the island’s electricity grid is interconnected with that of the EU via Greece and Egypt.

The construction of the East Med natural gas pipelines and the EuroAsia and EuroAfrica Interconnectors are expected to be a game-changer for Cyprus’ energy sector.

The interconnectors are perceived to be vital for setting up an energy market, as the island’s power grid will not be able to accommodate newcomers to the energy production field, especially RES producers.

“Our proposal will have to be revisited by the state once cables connecting Cyprus’ grid with Europe and Egypt are set up,” CSE general manager Nicos Tripatsas told the Financial Mirror.

“The Cyprus Stock Exchange is ready to offer the service based on its knowhow and the experience and technological solutions offered in cooperation with HenEx.”

Tripatsas argues the model promoted by the Ministry, to have the same body in charge of the transmission system and the regulation of the market is in contrast to the model put forward by the EU, which sees an organisation other than the TSO in charge of regulating the energy market.