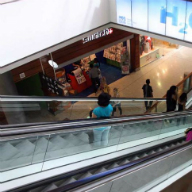 Cyprus Trading Corporation Plc, the island's premier retail company headed by the NK Shacolas empire, announced unprecedented profits of €41.7 m for 2014, boosted by the sale of its airport catering and shops division.

As a result, the board decided to proceed with a bonus issue of 1.2 million shares worth €2.1 million to all stockholders who will also benefit from a dividend of 38c a share, very welcome news amid the island’s economic crisis.

According to the unaudited results, CTC’s turnover fell a mere 3% to €303.5 million, from €313.2 million in the year before, amid a period of consolidation, cost-cutting and prudent management.

“Despite some general indications of stabilisation and improvement in the economy, careful management and continuous vigilance are required,” the board announcement said.

The company attributed the sales drop to the ending of the cooperation between its distribution arm Argosy Trading Co. and Unilever Hellas, in the fast moving consumer goods, as Unilever Hellas decided to import and distribute its products with own resources.

As regards new opportunities, CTC said, “the renovations at The Mall of Engomi are well under way, and by the end of May two new outlets and cafés will commence their operations, managed by (subsidiary) Ermes Department Stores Plc.”

Looking ahead, it said that within the next few months, “all relevant town planning permits will be granted for the construction of a new big Super Home Centre DIY store on Spyros Kyprianou Avenue in Larnaca, located opposite the Debenhams Zenon Department store.”

Also under development are the plans for the extension of the Mall of Cyprus through ITTL Trade and Tourist and Leisure Park Plc and the infrastructure works at the €1.5 billion golf and holiday resort Limni Bay in Polis Chrysochou area, through Cyprus Limni Resorts and GolfCourses Plc.

CTC is a minority shareholder in Hermes Airports that has developed and operates the island’s two international airports in Larnaca and Paphos, until 2031. CTC Group Chairman Nicolas K. Shacolas is Honorary Life Chairman of Hermes.

The 2014 results benefited from the sale for €40.1 million of its stake in CTC-ARI (Holdings) Ltd., operator of the retail outlets in Larnaca and Paphos airports, as well as its investment in Cyprus Airports (F&B) Ltd, operator of the food and beverage outlets at both airports.

Following the deduction of operating expenses, depreciation, finance expenses, taxation and including the profits from the sale of CTC-ARI (Holdings) and in Cyprus Airports (F&B), the net profit after tax for the period reached €41.7 million, compared to a loss of €14.1 million in 2013.