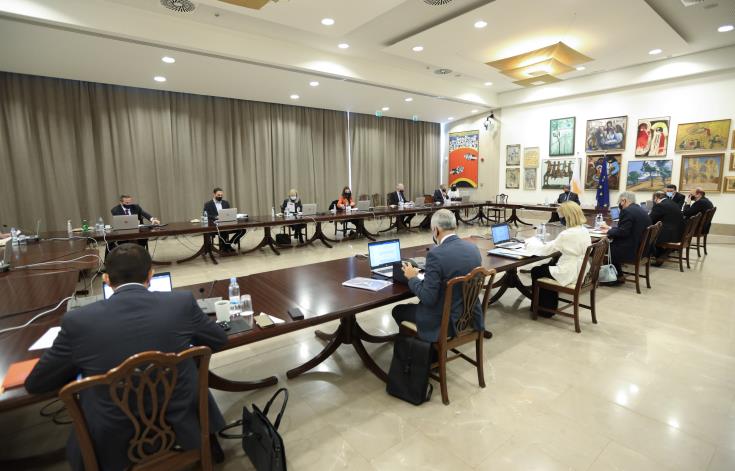 Curfew to be scrapped from June 10

The night-time curfew will be pushed to 1am from Saturday and will be scrapped completely from June 10, Health Minister Constantinos Ioannou said on Wednesday after a cabinet meeting.

Expressing the government’s satisfaction over the improvement of the epidemiological situation in recent weeks, Ioannou announced a series of further relaxations.

From June 1, the number of people allowed to gather in homes will increase to 20, including permanent residents and minors.

On the same date, bars and restaurants will be allowed to open up their indoor areas, based on the health protocol.

The physical presence of persons indoors, such as places of worship, casinos, conference and trade fair venues, theatres, amphitheatres and other performing arts venues is set at 50% of the capacity of each venue.

Also from June 10 night clubs will be allowed to resume operations, on the basis of a health protocol.

The restriction on the physical presence of employees in their workplaces up to 50% will also be lifted.

More details will be announced later in the day.

Details of the decisions regarding the operation of the sports venues will be announced by the Cyprus Sports Organisation.

Ioannou said that these decisions, which were “another big step towards normality”, were the result of the cooperation from much of the public.

“The faithful observance of the protection measures, the discipline in observing the health protocols and the effort made by society as a whole, allowed us to proceed with these relaxations,” he added. An important factor, he said, was also the number of patients with coronavirus in hospital and the ability of the health system to adequately respond to the challenges posed by the pandemic.

The minister said that it was deemed that the timing was “ideal according to epidemiological data” to proceed with the plan to restart the economy and social activities.

With 51% of people having been vaccinated with the first dose of a vaccine and 25% having completed their vaccination regimen, he said, Cyprus ranks among the top among EU countries “even closer to achieving its target for vaccination coverage of 65% of the population with at least the first dose by the end of June.”

Ioannou recalled, however, that “the virus is still with us” and called on people to continue following the health protocols.