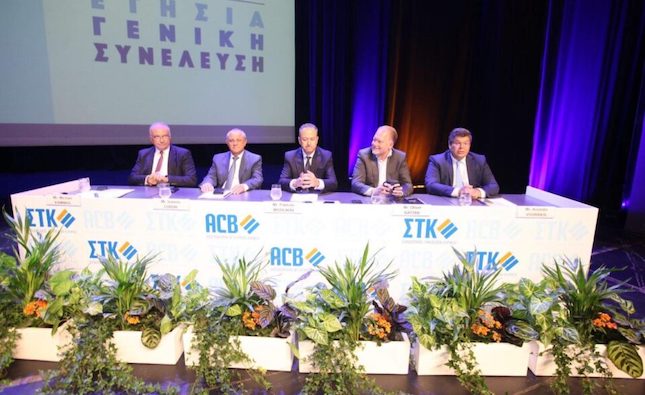 Outgoing Association of Cyprus Banks president Panicos Nicolaou on Wednesday defended Cypriot banks from the torrent of criticism that they received this past year, particularly after the decision to increase bank charges, which was announced towards the end of 2021.

“We had to manage the reactions sparked by the revised bank charges, the reduction of bank branches, as well as the continuous efforts to suspend foreclosures,” Nicolaou said during his address.

“Unfortunately, some people still think that banks are the easy target and can attack them, unnecessarily, whenever they have to touch people’s heartstrings, however, the truth is far from what they want to present,” he added.

Nicolaou, who is also the chief executive officer of the Bank of Cyprus, noted that after the peak of the coronavirus pandemic, another unprecedented international crisis came to the forefront, in reference to the war in Ukraine.

“A crisis that includes rising raw material prices, rising energy costs, significant problems and delays in the supply chain, and, in the case of Cyprus, he noted, additional effects on the tourism and professional services sectors,” Nicolaou said.

“We have entered the era of sanctions, which, as analysts predict, will become the new weapon used in cases of interstate conflicts,” he added.

Moreover, Nicolaou said that the extent of these sanctions has no historical parallel, prompting Cypriot banks to coordinate with the competent authorities, doing what was necessary to adopt the measures imposed by the EU against Russia.

The association president also mentioned that in recent years Cypriot banks have invested tens of millions in order to upgrade their technological infrastructure and meet the demands of their customers.

“We do not claim infallibility, but no one can deny that in recent years banks have made leaps and bounds, with such actions as the implementation of the cashback scheme and the continuous upgrade of digital products”, Nicolaou said.

“We also place equal importance on dealing with the increasing efforts to deal with electronic frauds since scammers are constantly finding new tricks,” he added.

Among other actions, banks have developed and implemented a joint campaign in coordination with the police, the Central Bank of Cyprus and the Digital Security Authority for electronic fraud.

“Within this unprecedented environment that we have been experiencing in recent years, Cypriot banks have managed to strike a balance between managing new challenges and dealing with the old ones,” Nicolaou said.

“We are optimistic about the future of the banking sector and are certain that with goodwill and cooperation, we can achieve the necessary conditions for sustainable development and strengthening the resilience of the Cypriot economy,” he added.

“A healthy banking system is the cornerstone of a healthy economy. Maintaining the investment grade of the economy is extremely important. Let’s protect her,” he concluded.

Following the conclusion of his tenure as association president, Nicolaou will be replaced by Alpha Bank Cyprus CEO Constantinos Koutentakis.