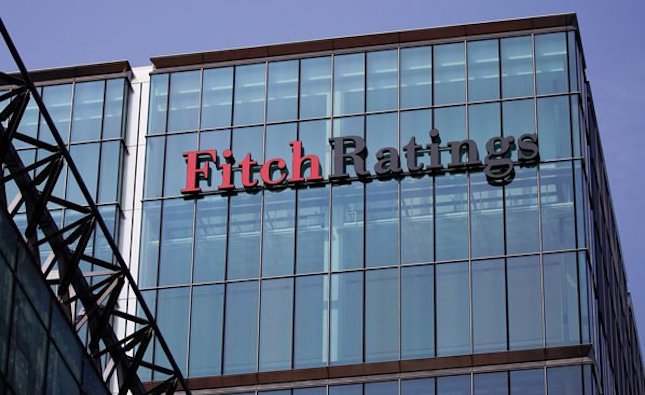 Fitch Ratings on Tuesday said that the ratings of the Bank of Cyprus and Hellenic Bank have been kept on Positive Outlook in spite of the escalating global economic dangers stemming from the war in Ukraine.

“We still expect Hellenic Bank (HB, B/Positive) and Bank of Cyprus (BoC, B-/Positive) to progress with their planned disposals and securitisations of impaired loans, an expectation that underpins the Positive Outlooks,” the agency said.

The agency in April revised Cyprus’ GDP growth forecast downwards by 0.6%, bringing its estimate to 3.1% from the original 3.7%.

However, it also noted that slower growth and the lack of predictability around escalating inflation are not likely to hinder Cypriot banks’ ability to remain on a path of positive credit, particularly with asset disposal plans progressing as planned.

“We expect both banks to complete the large impaired loan disposals already in their pipelines for this year,” the agency said.

The Bank of Cyprus is moving ahead with a sale of impaired loans worth €600 million and foreclosed real estate assets worth €121 million, while Hellenic Bank also recently entered an agreement to securitise an impaired loans portfolio in a deal with PIMCO. The latter deal will help the bank reduce its impaired loans by €0.7 billion.

Furthermore, the two banks’ direct exposure to Russian and Ukrainian entities is limited, with the agency noting that the Bank of Cyprus had loans with a net book value of €110 million by the end of 2021, as well as €13 million of deposits in Russian subsidiaries of European Banks by the middle of March 2022.

In addition, Hellenic Bank had loans with a net book value of €35 million at the end of 2021, which were predominantly collateralised with Cyprus-based assets, as well as €20 million of deposits in Russian subsidiaries of European banks.

“These exposures do not pose a threat to the banks’ capital as they account for only 8% of BoC’s common equity Tier 1 capital at end-2021 and 5% of HB’s, but they could generate loan impairment charges that eat into 1H-22 operating profit,” Fitch said.

Regarding Hellenic Bank, Fitch noted that the bank’s purchase of RCB’s corporate lending franchise in Cyprus, following the latter bank’s orderly wind-down, could help the bank improve its capacity to generate revenue, while also adding stability to its business model.

“The orderly resolution of RCB also protects the financial system’s stability and investor confidence in the Cypriot banking system,” Fitch explained, before adding that “the sector may undergo further consolidation as Eurobank (B+/Stable), which already holds a 12.6% stake in HB and has an estimated 7-8% market share in Cyprus, has stated its intention to increase its stake”.

Fitch also commented on the war’s impact on Cypriot tourism, saying that “slower economic growth should not lead to significant inflows of impaired loans, although the absence of Russian tourists, which represented about 20% of Cyprus’s tourists, could put pressure on some weaker borrowers in the tourism sector”.

However, Fitch added that it still expects Cyprus’s overall tourism activity in 2022 to enjoy a boost from the loosening or removal of coronavirus outbreak-related travel restrictions, which have been in place since 2021.