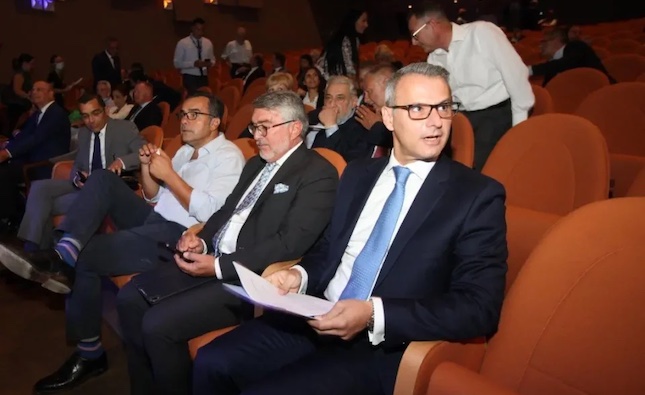 ‘Cypriot banks should remain prudent due to Ukraine war’

Central Bank of Cyprus (CBC) governor Constantinos Herodotou on Wednesday addressed the Association of Cyprus Banks, during the latter’s annual general meeting, touching on the uncertainty plaguing the current economic climate, as well as how Cypriot banks are coping with the current set of challenges.

During his speech, Herodotou said that In light of soaring inflation, particularly in terms of energy prices, the ECB last Thursday decided to increase the three key ECB interest rates by 75 basis points after the previous increase in July by 50 basis points.

With this move, the transition from the long-term environment of negative interest rates to levels that will ensure the containment of inflationary expectations has accelerated, with the objective being for inflation to return to the medium-term target of 2%.

Herodotou explained that the increase decided last week does not amount to a foregone conclusion in terms of the final level of interest rates.

“We must regularly review the course of our monetary policy in light of incoming information and the evolving outlook for inflation,” he said.

“In our monetary policy efforts to reduce inflation to the 2% target, it is important that fiscal policy is designed in a way that does not run counter to this target,” he added, noting that “fiscal policy support should therefore be measured and focused on vulnerable social groups, strengthening social cohesion in these difficult times, as well as supporting the green transition”.

As far as the Cypriot economy is concerned, Herodotou said that, until now, there has been significant growth, despite the outbreak of the war.

Cyprus’ Gross Domestic Product (GDP) registered an annual increase of 5.8% in the second quarter of 2022, and overall, the GDP growth in the first half of 2022 amounted to 6%.

“This remarkable growth is mainly based on the faster than expected recovery of activities related to tourism and, to a lesser extent, on increased activity in the information and communication sectors as well as professional services,” the governor said.

“It is noted that the effects of the war in Ukraine have not been significantly reflected in the first half of the year, however, they are likely to be more pronounced in the second half of this year and in 2023,” he added.

In light of the delay in the true effects of the war in Ukraine being reflected, Herodotou said that Cypriot banks should continue to practice prudent policies.

“They will have to constantly adjust their financial plans in order to meet the challenges that will arise,” Herodotou said.

“Although the direct effects of the geopolitical crisis are considered manageable so far, the indirect effects are still in the process of crystallising and are likely to affect the profitability and asset quality of banks,” he added.

The central bank governor said that while interest rate normalisation policies may improve interest income, they may not be sufficient to cover the inherent weaknesses faced by some banks.

Herodotou was referring to the level of non-performing loans, increased costs in relation to income, limited sources of income, competitive pressures from companies operating outside the traditional banking space, the changing needs of the modern clientele, as well as the need to prudently manage investments in government bonds.

“Therefore, the banking sector should adapt its business strategies to the new realities as they arise from the crises of the pandemic and the war, and this will not be an easy task,” he said.

Among the issues Herodotou mentioned was the readjustment of Cypriot banks’ business model and the provision of technologically upgraded services with digitisation being the primary focus of this effort.

“Despite low profitability being a wider structural European issue, the cost-to-income ratio of the Cyprus banking sector, which stood at 76% in June 2022, is significantly higher than the corresponding European Union average of 63%,” Herodotou said.

“Investment in technology can become the catalyst in the effort to strengthen efficiency and bridge the gap with the rest of the euro area,” he added.

Herodotou also said that risks emerging from climate change should also be a factor that Cypriot banks must take into account, something which includes the effort to reduce European dependence on Russian energy, since it may significantly increase the cost of the green transition.

Moreover, the governor also mentioned banks’ internal governance structures, noting that there is an expectation for them to have the necessary checks and balances in place so that measurable and acceptable risks are taken, and any conflicts of interest are managed promptly and effectively.

In addition, Herodotou also talked about banks’ relationship with their clientele, stressing that it is in the interest of both consumers and banks to cultivate a relationship of mutual respect and trust.