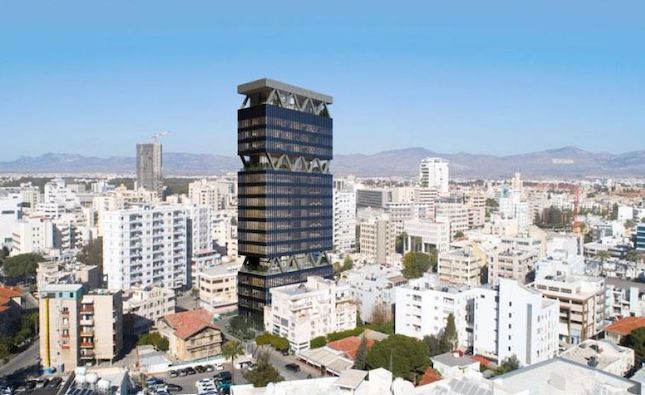 These are the results of the latest survey conducted by CMRC CYPRONETWORK LTD of CYPRONETWORK Group, in cooperation and sponsored by the Federation of Employers & Industrialists (OEB), which shows that despite the severe winter that is forecast to hit the economy, Cypriot businesses are rather optimistic about the next period. Among them, in the tourism sector. In fact, businesses in the tourism sector, together with retail trade, were the majority of those businesses that showed an increase in profitability, compared to the previous period. The survey was conducted in June/July 2022 on a sample of 252 businesses. This is a quantitative survey. This means that trends and estimates are captured on the one hand, without exploration and interpretation through the questions on the other. However, important data have been recorded that outline the business landscape in Cyprus.

In first place, the main issue for businesses is of course the cost of raw materials and energy costs, which concerns seven out of 10 enterprises. In fact, energy costs have increased for nine out of 10 businesses, demonstrating the need to invest in renewable energy. At the same time, eight out of 10 see an increase in the cost of raw materials compared to 6% who say it has decreased. In terms of business suggestions, staffing, and finding human resources comes next with 49%, with slightly lower percentages for reducing liquidity and bureaucracy at 43% and 41% respectively. With lower percentages, the most important problems mentioned are also the lack of raw materials with 31%, the decrease in turnover with 27%, bank restrictions/requirements with 23%, issues with suppliers as well as personnel costs with 21%, and with lower percentages the image of Cyprus abroad and financing from banks. At the same time, reduced fluctuations in receipts and liquidity were reported by 46% of businesses, and a decrease in investments for 25%. At the same time, labor costs have increased for 34% of firms, while the value of the business remains relatively stable.

The variation in turnover is negative. In particular, four out of 10 enterprises reported that turnover has decreased, while three out of 10 enterprises reported that it remained at the same level in the last six months. At the same time, 24% reported an increase in turnover, albeit at low rates. In particular, the majority of these firms saw an increase of between 1-10%. A second look at the results shows that the decline in turnover is in most cases between 21-30%. The index is also negative for companies' profitability, with 53% reporting that it has, 31% reporting that it remains the same, and only 13% recording an increase.

Despite upcoming cost increases and a predicted deterioration in the business climate, a significant proportion of businesses are choosing to see the glass as half full. According to the survey findings, 28% of the sample expect their turnover to increase over the next six months, while 30% believe it will remain the same. Based on the above, it is rather surprising that only three in 10 estimates that turnover will decrease. Commenting on the oxymoron of the results in relation to the dramatic developments in the economy in recent days, the OEB president said that the survey was conducted in July. He also expressed certainty that the heavy winter of the economy in Europe will definitely affect Cyprus. What will be the final reality for Cypriot business in the coming period will be revealed in the results of the next survey which should be expected after the February presidential elections.

It is also surprising that despite the impending increases and increasing challenges, 41% of businesses do not have a concrete plan for the next six months. The remaining firms are planning, among other things, to introduce new products, services and activities (almost three in 10). Increased promotional activities by 19% and cost reduction by 18%. One in 10 firms expects to change the way they operate, while 7% expect to downsize. At the same percentage and plans for investment. In terms of the problems they currently face, businesses are investing in staff training (one in five). Finding new methods of promoting products is equally important (17%) and computerization (14%). This is followed by the recruitment of qualified staff and the introduction of measurement/monitoring systems with 11%, raising capital with 8%, utilizing European funds, cooperation with other companies and changing organizational structures with 7%.

With regard to government assistance given to businesses, just one in 10 (11%) think it has made a significant difference, while two in 10 businesses (23%) think the measures have helped quite a lot. The majority of businesses (66%) appear to be dissatisfied with the help they have received through government support measures. It should also be noted that businesses in the tourism sector showed much higher rates of positive response than other sectors.