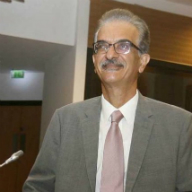 The two Chambers held an event at the buffer zone on Friday to mark the launch of the programme.

According to the two project implementing partners, the CCCI and the KTTO, this activity will benefit 12 Greek Cypriot interns, 12 Turkish Cypriot interns and a maximum of 24 companies inboth communities over the period of September 2015-April 2016, with a 3-month duration internship for each intern.

Addressing the event, both the honorary chairman of the CCCI and the chairman of the KTTO supported the resumption of the talks between the leaders of the two communities to solve the Cyprus issue, stressing the economic benefits in case of a solution.

“The prosperity and the welfare of the whole region depends on the comprehensive solution of the Cyprus problem and this makes the solution imperative. The chambers are convinced that a comprehensive solution will bring considerable benefits not only to the economy of Cyprus, enhancing the welfare and prosperity of all Cypriots, but also to the entire region, and particularly the geographical area that encompasses Cyprus, Greece and Turkey, within an enlarged EU” Manthos Mavrommatis, honorary chairman of the CCCI noted.

He pointed out that “we have now in front of us a unique opportunity to solve the Cyprus problem in a just, functional and viable manner, and we cannot afford to miss this opportunity as well” adding that the two chambers are committed to actively contribute to the process.

“The status quo is unacceptable and its prolongation will have further negative consequences for all of us,” he warned.

Fikri Toros, chairman of the KTTO, also expressed support to the two leaders and said that “the chambers’ role in this reconciliation process will only increase by implementing the projects that we envisaged can be implemented and will have a huge impact under the prevailing division on the island”.

Only in this way the communities will engage in one another in more ways than one and develop the required faith to make the federal Cyprus of success, he noted.

Toros noted that security, stability and prosperity will be the driving forces of a better Cyprus and more prosperous. He referred to the chambers’ “ongoing attempts to build and increase confidence between the two communities by engaging them in economic, cultural, sportive and social commitments”. The cross-community internship is an excellent project for it will bring people together and provide them the opportunity to experience working in the other community, Toros said, noting that “we are moving in the right direction and we are ready to take further challenges with similar interests and ideas”.