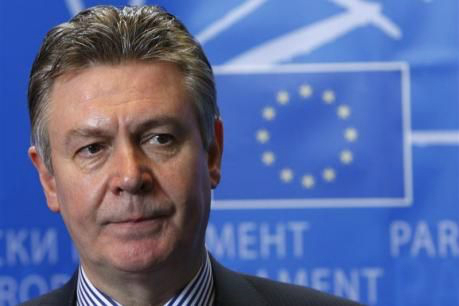 Small companies in Cyprus and in the rest of Europe will benefit from the international trade agreements the EU is currently negotiating, the Spokesman of the European Commissioner for Trade tells the local press.

European Commissioner for Trade, Karel De Gucht, will pay Cyprus a visit this week, during which he will be received by President of the Republic Nicos Anastasiades and hold a meeting with Minister of Foreign Affairs Ioannis Kasoulides, and Minister of Energy, Commerce, Industry and Tourism Yiorgos Lakkotrypis. He will also be the keynote speaker at a trade event that will take place on Thursday, in Nicosia.

Asked how the Commission can help boost the Cyprus trade and the Cypriot Small and Medium sized enterprises, EU Spokesman for Trade Wojtek Talko said that the European Commission invests a lot of energy in shaping international trade rules in a way that is small business friendly.

“In our view trade rules should benefit not only traditional trade in goods but also services-based economies within the EU, like Cyprus”, he said.

He added that small companies in Cyprus – and in the rest of Europe - will benefit from the international trade agreements the EU is negotiating.

The Spokesman told CNA that if the EU was to complete all its current free trade talks tomorrow, it could add €275 billion to the EU’s GDP and generate 2.2 million new jobs.

As he pointed out, “Cypriot companies can certainly gain from these negotiations in the middle and long term”.

The trade event that will take place tomorrow in Nicosia will be addressed by Minister of Energy, Commerce, Industry and Tourism, Yiorgos Lakkotrypis, and Honorary President of the Cyprus Chamber of Commerce and Industry, Manthos Mavrommatis.

Τhe European Commissioner is expected to provide an overall analysis of the EU’s Trade Policy, such as the negotiations undertaken by the EU for Free Trade Agreements, the Doha multilateral negotiations, as well as the plurilateral negotiations for a Trade in Services Agreement (TiSA). Particular emphasis will be placed on SMEs and the opportunities that arise for them.