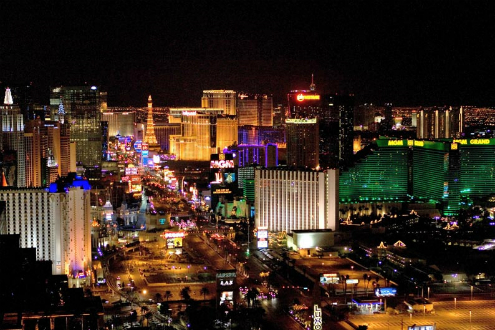 Cypriot delegation in Vegas to sound out casino investors

The undersecretary to the president is currently in Las Vegas to sound out the big five casino companies on possibly investing in a casino resort in Cyprus.

According to online news site, NewzUp.net, Constantinos Petrides is on a visit to the US to hold a number of contacts, including with big casino operators. He is joined by chairman of the Cyprus Tourism Organisation Alecos Oroundiotis and senior officials of Hermes Airports who travelled to Vegas to participate in the Routes Convention on global air flights. While there, Petrides met with big casino owners to sound them out on possible interest in investing in a large integrated casino resort in Cyprus.

According to NewzUp, the response was positive though casino owners said no investment could be made unless there were guarantees that the entire process is handled in full transparency, legally above board and with as little bureaucratic obstacles as possible. At the same time, the potential investors highlighted the need for the Cypriot government to stick to the terms of the memorandum signed with international lenders so that trust in the Cypriot economy could return as soon as possible.

Petrides also met with the Nevada authorities to learn more about the legal framework surrounding the operation of casinos, including regulations to limit the social impact of gambling. The Cypriot delegation also participated in the Routes Convention in Las Vegas which covers air flights and attracts representatives from the biggest international airlines.

Later in the month Petrides will fly to Washington to meet with IMF Cyprus mission chief Delia Velculescu to discuss a range of economic and political issues, including the ongoing spat between President Nicos Anastasiades and Central Bank governor Panicos Demetriades. He will also meet with federal agencies who are responsible for preventing money laundering in the operation of casinos.