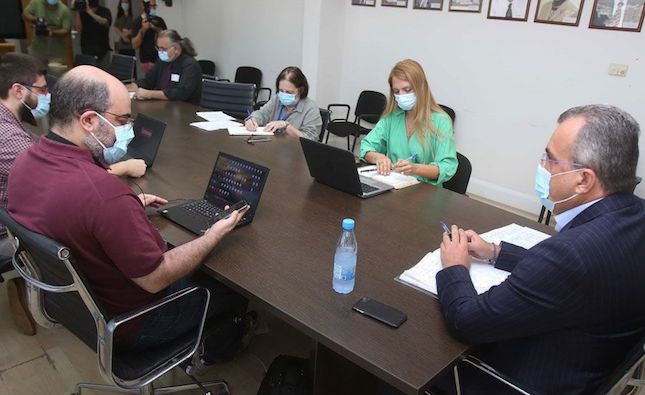 Cypriot experts on board with third dose

The Cypriot government will take a political decision this week on a proposal to start administering third Covid-19 vaccine doses ahead of the flu season in response to the Delta variant threat that emerged sooner than expected during the summer.

According to the Cyprus News Agency, a proposal for a third dose was discussed on Tuesday during a meeting presided by Health Minister Michalis Hadjipantela, who earlier had called on members of the Scientific Advisory Committee to submit their recommendations in writing.

The question whether to proceed with a third dose emerged as the European Medicines Agency was still probing the matter while the European Commission has warned member states of possible legal risks if they proceed.

CNA also reported that Cypriot officials have sought the opinion of the Attorney General’s office in regards to any legal advice on the matter.

It was understood that the majority of health experts who sit on the government’s scientific committee were in favor of the state proceeding with the third dose to certain population groups, since lately the number of older people who needed hospitalization due to COVID has increased.

Local media said if the Cabinet decides on Thursday to proceed with the third dose, the booster shot will begin immediately with priority given to those over 65, people in vulnerable groups, as well as those who have a weakened immune system.

Local media have reported that the health ministry was ready to administer the shots using vaccines based on mRNA technology, including for people who got vaccinated with vaccines from Oxford/AstraZeneca or Johnson & Johnson.

Last week it was reported that Hadjipantela had not asked only for a Yay or Nay recommendation from the committee experts on the third dose but also sought their views in writing on a mix and match approach.

The World Health Organization has warned states against a premature decision regarding booster shots.

But the head of WHO’s European branch disagrees with the view that a third dose of coronavirus vaccines was a "luxury booster."

Hans Kluge argued a third dose was necessary following a “deeply worrying” trend in the WHO Europe region, arguing instead that it could help protect the people most vulnerable.

Media have been reporting on a fourth wave this summer following relaxations of measures in dozens of countries including EU member states and Cyprus, where local health experts said they did not expect a surge until later this year.

This month the EU drug regulator said it was still deciding whether a third dose of coronavirus vaccines would be needed, while the European Commission has warned that COVID boosters may have higher legal risks without EMA approval.

Nicosia is expected to make a final decision during a Thursday Cabinet meeting, while other EU states have already disregarded WHO and EMA warnings.