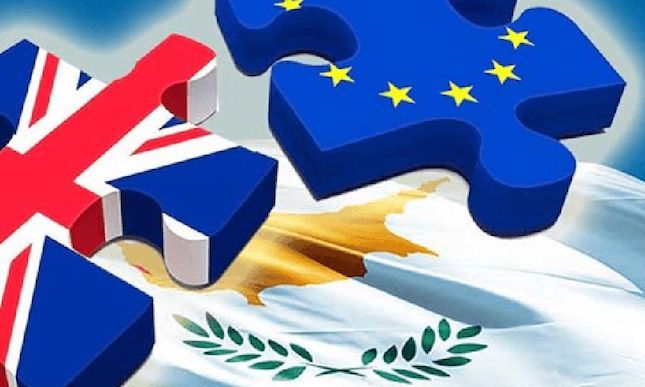 Cypriot exports to the UK were not affected despite Brexit

Despite the significant decrease in imports from the United Kingdom as a result of Brexit, Cypriot exports, mainly of dairy products, have remained at the same levels, said the Deputy Secretary-General of the Cyprus Chamber of Commerce Leonidas Paschalidis in an online conference organized by the Brexit Financial Media Way.

As explained at the conference, the problem with imports is the issue of documenting the origin of a product in order to avoid the imposition of import duties under the UK-EU trade agreement.  Cypriot exports do not face such a problem as the origin is documented. At the same time, Cypriot importers seem to have replaced imports from the United Kingdom with imports from other European countries, such as the Netherlands and Italy.

"Based on the latest data, until the end of September 2021, we have observed a 43% decrease in imports on an annual basis," said Mr. Paschalidis, noting in particular that from €431 million, which was pre-pandemic imports (January - September 2019), imports in the corresponding period of 2021 fell to € 246 million.

At the same time, he added, exports have remained at about the same level. "I do not think that exports were affected because the products we export are mainly dairy products, such as halloumi, fruits, vegetables, and medicines.  These products have no problem meeting the requirements for country of origin declarations, while imported goods do," he explained.

Mr. Paschalidis expressed the hope that Cypriot exports to the UK will not be affected in the future, as the British authorities will begin implementing controls and certifications in the food sector by 2022, which will mean more formalities.

Regarding imports, Mr. Paschalidis explained that the imposition of import VAT creates a liquidity problem in Cypriot companies, since they pay for the import, while they have to wait for the sale of the product in order to collect VAT and then make the settlement.

The UK has fallen to 7th place (from 3rd place) in terms of imports and we are seeing reductions in all products, he said.

He noted that imports from Italy increased by 44% and from the Netherlands by 18%. "It makes sense and it is expected because entrepreneurs want to work together and to do business as easily as possible, and when you are a member state it is much easier than doing business with a third country," he explained.

The problem with used cars

In her own speech, the Director of the Customs Department, Theodora Dimitriou, stated that Brexit led to an increase in the burden of the department and in post offices as well.

However, as she said, based on the experience gained, some distribution centers in the United Kingdom are considering the possibility of relocating or establishing subsidiaries in EU countries to alleviate the existing problems.

A significant problem arose in particular in the import of cars from the United Kingdom, which uses the same right-hand drive cars as Cyprus. The problem is that second-hand car importers can not submit a certificate of origin even for cars made in Europe, in order to avoid the payment of an import bond.

As Mrs. Dimitriou explained, cars made in Europe, which are transported and sold in a third country, are losing their EU 'origin' category.

"These are the problems that importers face. "There are no relevant documents that can be submitted to the Customs Department and, as a result, they are treated as third-country imports of which import duties and VAT must be imposed", she explained.

At the same time, according to Ms. Dimitriou, used cars that can be imported from the UK and accompanied by a certificate of origin are imported without payment of import duty because of the UK agreement with the EU, but are subject to VAT.

The same applies to used cars that are transported from European countries to Cyprus through a transshipment process.  They will meet the re-import requirements which will exempt them from import duty but still be charged with import VAT.

"With regards to used vehicles which are sold and used for a long time in the United Kingdom, their identification as European cannot be substantiated and therefore an import duty and import VAT are imposed," she said. (CNA)