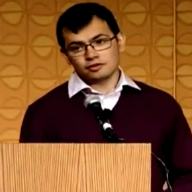 A former child chess prodigy and neuroscientist, Hassabis has attained legendary status in the computer gaming industry. At 17, he co-designed and was lead programmer on the classic Theme Park with famous game designer Peter Molyneux. Now 37, Hassabis started his professional games career at the age of 16 working at Bullfrog Productions, and after getting his degree at Cambridge joined the newly founded Lionhead Studios. In 1998 he founded and ran his own 60-person development studio, called Elixir Studios, producing games for Microsoft and Vivendi Universal. He has contributed to many best-selling and award-winning games.

Attaining a doctorate in Cognitive Neuroscience from University College London in 2009, Hassabis left academia in 2012 to found DeepMind Technology. He has published influential papers on memory and amnesia. According to the Guardian, DeepMind has reportedly competed with Google and other major artificial intelligence companies for talent and Google’s chief executive Larry Page is said to have led the deal himself. Facebook reportedly failed to acquire DeepMind in December 2012, according to Forbes.

DeepMind describes itself as a “cutting-edge artificial intelligence company.” It combines techniques from machine learning and systems neuroscience to build powerful general-purpose learning algorithms. The company was founded by Hassabis, Shane Legg and Mustafa Suleyman. Its first commercial applications are in simulations, e-commerce and games. DeepMind published a study in December that claimed to show the firm’s AI technology learning to play some Atari computer games better than expert human gamers.