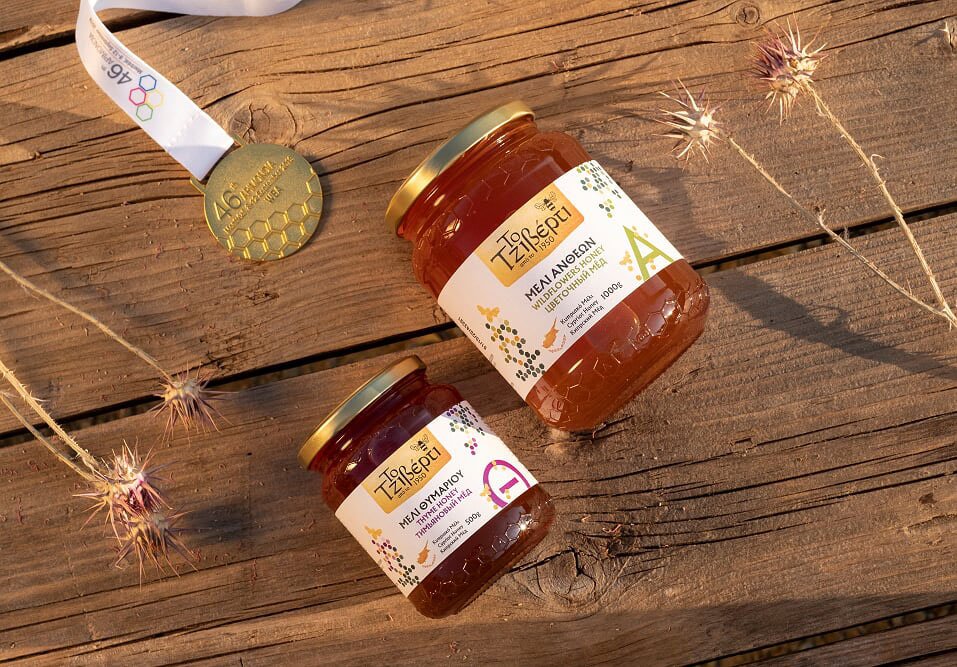 The World Beekeeping Awards are held every two years at the Apimondia International Apicultural Congress, and it is one of the most important events for beekeeping worldwide.

The aim of the award is to highlight international excellence for honey and other bee products, focusing on good beekeeping practices and respect for quality criteria.

The awards are open to all amateur and professional beekeepers and the judging panel blind-tastes the honey samples from an unlabelled jar. This year 6,000 beekeepers from 80 different countries participated in WBA.

The thyme honey Tziverti represented Cyprus and was awarded with a gold medal this year at the Palais des Congrès in Montreal.

Demetris Papakosta founded Tziverti honey in 1950 when he inherited 20 ‘tzivertia’ from his father. Tzivertia is a wall, similar to the ones in old village houses, with man-made hives created from mud and clay. They first appeared in Egypt during the 15th century. Those cylinders were used by beekeepers until the discovery of portable hives in the early 19th century.

Papakosta exchanged the ‘tzivertia’ with modern hives ten years later to be able to transfer the bees every spring for the flowering of orange plants. In 1981 his son Zacharias with his wife Eleni founded Honeymell company under which the Tziverti honey is being sold.

The company has beehives in Peristerona, Prodromos and Pissouri where eycalyptus, thyme, pomegranate and wild olive trees are thriving, as well as different citrus trees.

Tziverti produces wildflower and thyme honey as well as pollen and their products are sold in plastic and glass bottles.

In 2013, the same honey was awarded with the most prestigious award of WBA called Carl and Virginia Webb Honey Bowl, receiving the official title ‘Best Honey in the World’ among 112 other participations from 25 different countries.