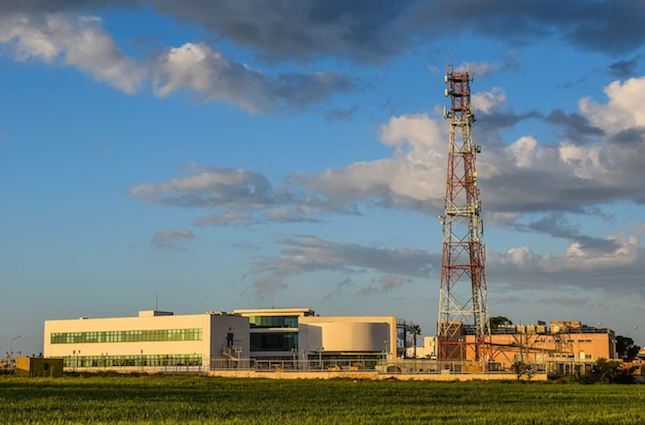 “We are one step closer to the industry we want to have by 2030, one that is robust, linked with green and circular economy practices, with supply chain autonomy, digitised and with products that add value and are able to compete internationally,” Pilides stated.

Pilides said it had been a “great joy” to visit all industrial areas in Cyprus over the past year and to meet with representatives in each one.

“Through these contacts, I appreciated the high level of our industry, the issues faced by the sector, which we wish to address immediately where possible, but also the major prospects that exist for the increase of exports and job opportunities,” she said.

The minister also recounted all of the measures and initiatives enacted over the past year as part of the ministry’s industrial policy, crediting them for helping achieve “significant progress” in terms of infrastructure upgrades, the provision of business incentives, improvement of energy efficiency and the usage of renewable sources of energy RES) and the promotion of the circular economy among others.

The minister’s thirteen-point summary included a study for the creation of new industrial zones to meet growing demand, as well as Cyprus’ first LNG import facility at Vassilikos, which started in September of last year and is currently in progress.

There was also the asphalt paving project and the creation of a firefighting safety zone at the Ypsonas industrial zone in Limassol. The area is also in the process of being fitted with perimeter fencing.

“Our goal is to install security fencing in all industrial zones,” the ministry said.

Pilides also referenced schemes by the ministry, amounting to €121 million, to help businesses restart after being hit by the economic fallout caused by the pandemic.

“In total, the ministry has secured at least three times that amount compared to the previous programme period which will be allocated to entrepreneurship schemes and green development over the next seven years,” the ministry said. Between 2021 and 2027, €50 million will be used to boost the industrial sector.

The ministry expects the Cypriot industry to benefit from additional schemes – one relates to a €25 million budget for creating, modernising and digitising businesses that process and sell agricultural products.

Additionally, €5 million have been allocated to consultancy services to help small-to-medium enterprises (SMEs) improve their competitiveness, €20 million will be provided to improve businesses’ energy efficiency, while €13 million will be spent to promote circular economy practices.

“The ministry also recognises the need to find mechanisms to facilitate corporate lending by financial institutions,” the minister added, saying there were talks with the Association of Cyprus Banks and the banks directly. This could work as an incentive for businesses to implement the objectives of the new industrial policy.

Regarding energy efficiency and RES, the energy ministry said the interior ministry was revising town planning requirements so that the installation of photovoltaics became easier. “This process is in its final phase,” the ministry said.

A budget of €8.43 million will help boost exports. This follows other export-related initiatives such as the modernisation of trade centres abroad and the better targeting of foreign markets, as well as the creation of a national logo to improve the branding of Cypriot products.

“To this end, the ministry is producing a series of short films so that this message reaches students,” it added.