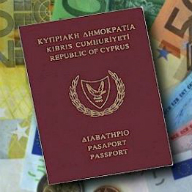 The Cypriot naturalisation scheme put in place on June 1, 2013 has brought in €3b in investments in immovable property, deposits, shareholding and bond purchases.

In the data provided by the Ministry of the Interior, it does not say how many foreigners have received Cypriot citizenship through the schemes that have been in place since 2007.

In total, there have been four different naturalisation schemes:

b. In September 2011, after a decree by the Cabinet, the naturalisation scheme required investment in one of the following sectors: Direct investments valued at €10 million, five-year deposits valued at €15 million, company/companies with annual turnover of at least €10 million during the past three years before the submission of the application, with at least 1/3 of employees being Cypriot citizens. Combination of the above criteria valued at €15 million. Direct income/services fees: The investor must have owned companies which during the three years before the submission of the application, had led to tax or the purchase of services (e.g. lawyers, accountants, etc.) valued at least €1.5 million, and own a permanent residence in Cyprus valued at least €500,000.

c. In May 2013 a naturalisation scheme was put together following the March 15, 2013 decisions. The scheme aimed to maintain foreign investments and to continue their presence in the country. Secondarily, it aimed to attract foreign investments which would help restart the Cyprus economy. It required investment of at least €5 million in one of the following sectors: Direct investments, three-year bank deposits. Also allowed to apply were investors who fulfilled the following requirements: Direct income/service fees: The investor must have owned companies which during the three years before the submission of the application, must have paid €500,000 in taxes or service fees per year. The amount dropped to €350,000 if the companies employed five Cypriot citizens, and €200,000 if the companies employed ten Cypriot citizens. The investor must have also owned a permanent residence valued at least €500,000, which he or she must keep for life.

d. In March 2014, the Cabinet decided to put forth a new naturalisation scheme. It requires a €5 million investment in one of the following sectors: purchase of government bonds, shares, purchase of immovable property or investment in immovable property or public works. Purchase of shares in Cypriot businesses or companies that maintain offices in Cyprus and employ at least five Cypriot citizens, and a three-year deposit in a Cypriot bank. The Cabinet can also, in special cases, decrease the above criteria (except the deposit criteria) to €2.5 million for investors who partake in a collective investment plan, as long as the investment is at least €12.5 million. The investor must also own a permanent residence valued at €500,000, which he or she must keep for life.