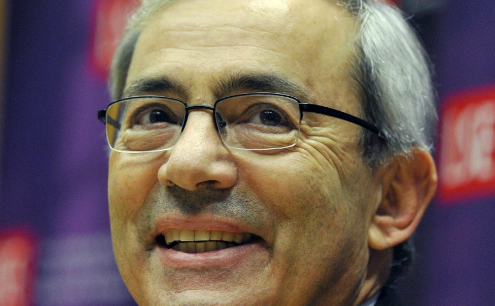 Cypriot Nobel laureate Christopher Pissarides said that while uncertainty over the impact of Brexit on the Cypriot economy will persist over the next three years, Cyprus should get its act together and pass reforms which will help it benefit from the fallout caused by the decision of British voters to leave the European Union.

“The honest truth is that we don’t know what the implications are for Cyprus because we don’t know what kind of agreements Britain will have with the EU,” Pissarides said in an interview on Monday. “There is huge uncertainty. It’s not that we know anything that I am not saying to you; in fact, I don’t think the British themselves know anything about it (and) that’s why they created a new department within government to do it”.

“The EU so far is taking a different view from the one of the British so there is going to be bargaining, there is going to be uncertainty at least over the next three years but in the meantime, despite the uncertainty that has been created, Britain will operate under EU rules,” the Cypriot economist, who won the Nobel Prize for economics in 2010 together with Dale Mortensen and Peter Diamond said. “So, we are going to have access to the British market and British tourists will continue coming here at the same rate as before. So I don’t think that we should be concerned of any immediate implications”.

Pissarides, who teaches at the London School of Economics and next to his boardof directors job at RCB Bank also chairs an informal body of economists advising President Nicos Anastasiades, said that Brexit is “a window of opportunity” for Cyprus as “some of the foreign businesses located in the UK because it was a member of the EU” already have plans to relocate either immediately after the referendum or to wait until the see the divorce agreements”.

Cyprus, as a member of both the EU and the European single currency bloc, is an ideal place to attract them because “we have English law” and “more or less speak English” and have an attractive tax regime, he said.

“But we must improve our administrative environment, reduce the red tape, digitalise the way we deal with companies, open up the public sector,” Pissarides continued, adding that stakeholders need to implement a bundle of reforms put forward by the Undersecretary to the President Constantinos Petrides. “We have English law but are we good at imposing it and reaching decisions quickly? We have to improve that if we want to attract the business, otherwise competition from countries like Ireland will simply destroy us as a destination for these businesses that are looking to leave Britain”.

Pissarides said that in order to pass the required reforms, Cyprus will need a “social partnership” that will encompass both workers’ unions and employers under the guidance of the government.