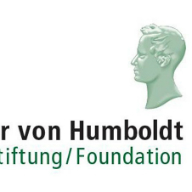 A Cypriot physicist is awarded one of the coveted Humboldt Research Awards conferred by the Alexander von Humboldt Foundation.

According to a news release from the Ludwig Maximilians University in Munich, Germany, the Cypriot professor will collaborate on a research project with string theorist Professor Dieter Lüst of LMU’s Physics Faculty, who will be his host during his stay in Munich. “Professor Costas Kounnas is one of the leading theoretical physicists in Europe, having made outstanding contributions to a wide range of fields, including theoretical particle physics, quantum field theory, supergravitation and superstring theory, and cosmology,” the news release said. It added that in particular, Kounnas had played a major role in the development of theories of supergravitation, not only clarifying its fundamental nature and properties, but also its relationship to string theory. His current research focuses on the theory of superstrings and on aspects of string cosmology.

Kounnas, who was born in Famagusta, studied Physics and Mathematics, and obtained his doctorate in 1981 at the Ecole Normale Superieure in Paris. Following stints at CERN in Geneva and at the University of California at Berkeley (USA), he returned to France to take up the post of Research Director of the Centre national de la recherche scientifique (CNRS) at the Ecole Normale Superieure, where he still works. From 1992 until 1999 Kounnas was also a staff member at CERN in Geneva.

The Humboldt Foundation’s programmes serve to promote cooperation between excellent German researchers and leading scholars from abroad. Winners of the Humboldt Research Award and holders of Humboldt Research Fellowships are free to choose the German counterparts with whom they wish to collaborate. Hence the number of Humboldt Laureates hosted an institution is an important measure of the range of its international contacts and its worldwide reputation.