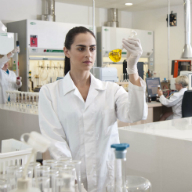 At a time of economic uncertainty for Cyprus, VitaTrace Nutrition Ltd, has successfully been awarded the chance to implement a European research program on animal health issues, which aims to bring liquidity into the country as well as employment opportunities.

Cypriot Company VitaTrace Nutrition Ltd, in collaboration with European academic institutes and other relevant parties in the European Union, has successfully been awarded the chance to implement a European research program which researches animal health and welfare issues. To be more precise, VitaTrace has been awarded its attendance to the PROHEALTH program (Sustainable Intensive Pig and Poultry Production). Since the economic crisis and the Eurogroup's March bail-in decision, it is anticipated that the road to Cyprus’s growth and development is created through innovation, imagination and the European programs which bring liquidity into the country as well as employment opportunities.

It must be noted that VitaTrace is the first Cypriot company in the animal health industry which will be taking part in such a large scale project, which places Cyprus on the European research and development map.

Actions and successes like this one, are what place Cyprus on the research and development radar and therefore give innovative companies as well as local innovative scientists a chance to practice their studies, especially now that the financial crisis has left the country with minimal work for experts in this industry.

The general manager at VitaTrace Nutrition Ltd, Kyriacos N. Angastiniotis, said: "A large part of the research and experiment will take place in Cyprus, at local farms as well as at the VitaTrace analytical laboratories, under the supervision of the world renowned Cypriot scientist, Dr. Sotiris Papasolomontos. Dr. Papasolomontos will lead a complex team of experts in Cyprus. Cyprus is now on the European research radar and is leading the way, as a company, that other Cypriot companies need to follow to get involved in research and development. Cyprus has excellent human resources and that is where we must invest in."

The research program which VitaTrace Nutrition Ltd is taking part in aims to understand and interpret the multiple factors which are related to the pathological illnesses of pigs and poultry, which occur due to the intensity of production. Apart from this, the program also aims to strategically investigate the living conditions and health of these animals.

The PROHEALTH program (Sustainable Intensive Pig and Poultry Production) is funded by the European Union with a budget of €9 million, under the auspices of the ‘Seventh Framework Programme’. In the past VitaTrace has been awarded the Export award by the Cyprus Chamber of Commerce and Industry in 1999 and 2010, the CYS quality award by the Ministry of Finance and the reputable InBusiness Award.