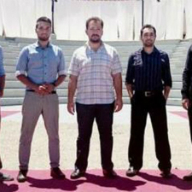 The winners in the Student Entrepreneurship category of Cyprus' first Digital Championship 2013-2014 have received an international distinction at the Imagine Cup 2014, organised by Microsoft for the 12th consecutive year.

This year, the Imagine Cup was held in Seattle, US, with the participation of 34 teams from 34 countries. Through the Imagine Cup, Microsoft, with the slogan ‘Dream it, Build it, Live it’, is promoting new ideas and encouraging students to exceed their limits and discover their current and future potential.

Cyprus’ IT Developers team from the University of Nicosia presented an innovative application named LADYBAG, a smart solution that allows households tomonitor the electricity consumption of every device in the home, through an internet-based platform and a special mobile application. The system also proposes ways to save energy.

Cyprus’ Digital Champion congratulates the Cypriot team, which won the Facebook Creativity Award, and calls for participation in the second Digital Championship 2014-2015, which will begin with the new academic year.