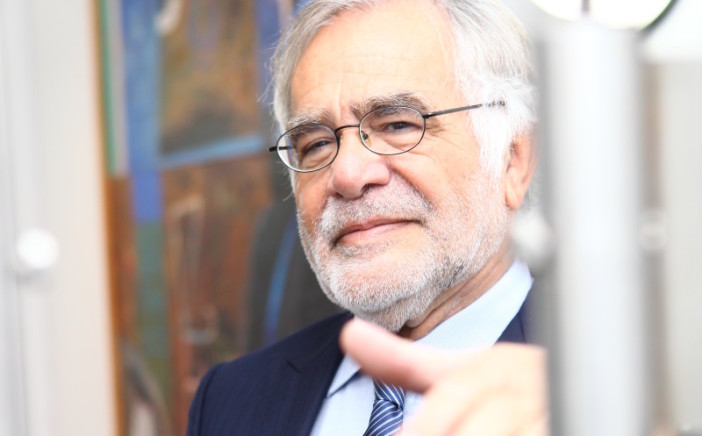 Forty years ago, when Cyprus’ economy was still crippled by the 1974 Turkish invasion, and a large portion of its population was displaced, unemployed and lacked the basics, a doctor in Limassol came up with the idea to set up a company to produce pharmaceuticals.

His decision may have surprised many, including some of his fellow doctors. Few may have believed back then that in a country which lacked universities and research establishments of any kind, a pharmaceutical company could be successful. Cyprus after all used to be until few years before a mainly agricultural society, and its manufacturing sector consisted mainly of companies producing mostly textiles and footwear, food and beverages.

Time proved the doctor was right. After the company started its operations in 1976 with eight workers, today it employs 1,370 workers, half of whom are in Cyprus. In addition, six out of ten Medochemie workers, are scientists. Andreas Pittas, the Limassolian doctor who conceived and successfully implemented this idea, today runs a company with an annual turnover of €175m – roughly 1% of Cyprus’ gross domestic product  or one quarter of Cyprus’ domestic exports.

“It took really big efforts to establish what we have done,” Pittas who won the Cyprus Exports Award 13 times and the Cyprus Special Exports Award twice said in an interview. “What we have achieved was done basically by using, in the beginning, only Cypriot talents.

Around 300 million people in more than 106 countries around the world, from Canada to New Zealand, from Norway to South Africa, use Medochemie pharmaceuticals, which count 630 combinations of products suitable for the treatment of infections, for conditions affecting the central nervous system, the heart or the respiratory system and many other cases.

“We are not producing only generics, where of course the major differentiation in Europe is pricing, but we also produce some branded products where price is not the only criterion,” Pittas said. “Generally we have acquired, during our 40 years of existence, a very reputable name for our quality, a matter which explains a lot about our success”.

Medochemie, maintains its headquarters in Limassol. There, the company operates a total of nine production sites. Four more Medochemie factories are in operation abroad: one in the Netherlands and the rest in Vietnam.

“At no time has the Cyprus government services supported us, neither with subsidies nor with legislation and in fact no government until now believed that we could achieve so much in a complicated and dynamic sector like pharmaceuticals,” Pittas, who served as chairman of the Employers and Industrialists Federation twice, said. “I do not want to be bitter but we had rather found a lot of obstacles from some governmental departments. Civil servants in Cyprus are somewhat suspicious of manufacturers and businesspeople in general”.

Some Cypriot authorities “suffer from heavy myopia” and are indifferent to private initiative, he said. Still, the company dismissed proposals to relocate its headquarters or production facilities abroad to south-east European countries where wages and electricity are only a fraction of what they are in Cyprus. “We stay here,” the doctor said. “Besides, the reason I set up this company was to serve Cyprus”.

Still, his fellow Cypriot colleagues were initially hesitant in prescribing Medochemie drugs, he said. “Later they acknowledged their value and started to prescribe them”.

In order to maintain an edge in global competition, Medochemie reinvests “6% to 7%” of its annual turnover in research and development, Pittas said.

This makes Medochemie one of the top research facilities on the island, where total “R&D” spending in reached €83m in 2014 which is below 0.5% of gross domestic product, compared to a 2% average in the European Union, according to Eurostat.

“Innovation does not always mean a new molecule but it can also mean improvement in formulations, in delivery systems even in novel processes of a starting material, things we do routinely in our pertinent departments,” the doctor explained. As a result of the company’s innovation and research initiatives, the tag ‘Made in Cyprus’ on the package of pharmaceuticals has no difference from ‘Made in Germany,’ he said.

“It’s the same quality, the same standards,” Pittas who completed his education in medicine in Austria before going on to study pharmacology, marketing and management.

According to a Medochemie document seen by the Cyprus Business Mail, the Limassol-based pharmaceutical producer has won several other national, European and international awards for its achievements in various areas, also including corporate social responsibility, charity or safety standards including the European Union’s award for Outstanding Business Performance a total of three times, special recognition from MédecinsSans Frontières, a non-governmental, humanitarian organisation, and more.

Today, almost three years after Cyprus faced a severe banking crisis which did not leave Medochemie unaffected as it creating “huge problems both for incoming and outgoing payments,” Pittas, who also served until 2008 at the board of director of Bank of Cyprus, wants to see the company’s turnover climb towards the “half a billion target”.

Acquisitions of smaller pharmaceutical companies in which Medochemie could find synergies, could help the company further grow, he said. For the time being, after the international community lifted sanctions against Iran, when it complied with the terms of a nuclear deal, Medochemie is considering a proposal to set up a joint-venture production site in the country, which has “very strict regulations which make imports of pharmaceuticals very difficult,” Pittas said.

In addition, the company may also consider at a later stage also a listing at the London Stock Exchange, he added.