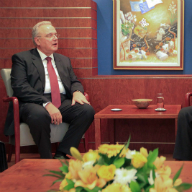 Cypriots are biggest borrowers in Europe

Cypriots are the biggest borrowers in Europe, with average loans of €4,000 per person, says European Commission report.

In contrast, the country with the lowest consumer credit per capita in Europe is Lithuania with just €200, Despina Spanou, the commission’s director of consumer affairs said. The anticipated report also shows an alarming proportion of consumer credit to GDP of 19% in Cyprus, the highest in Europe, followed closely by Greece with 17%.“Cyprus has the highest consumer credit per capita of €4,000, twenty times higher than Lithuania which has the lowest,” she said. Spanou visiting the island with EU Commissioner for Consumer Policy, Neven Mimica, recently gave a presentation on the information campaign on consumer credit that has been running in Cyprus since December 2013.

The campaign 'Need credit? Don’t just sign. You have rights' was launched in December 2013 and its purpose is to raise awareness amongst young adults, aged between 18 and 35, of their five key rights when taking out credit between €250 and €75,000. They include the right to transparent advertising, the right to receive standardised and comparable information before signing a contract, the right to clear information in the contract, the right to withdraw from an agreement within 14 days without explanation and the right to repay early. It applies to most credit agreements but not all, such as those secured by a mortgage or concluded for the purchase of immoveable property. These rights stem from the Consumer Credit Directive which Cyprus admitted into national legislation.

Recent surveys showed that 35% of Cypriot consumers are likely to take out loans in the next two years, but 70% do not feel protected with regards to their credit rights. The campaign has so far been promoted selectively in print and online media and consumers were distributed promotional material on commercial streets and shopping mallsin Nicosia, Limassol and Larnaca. Asked if the best period to be promoting a campaign on consumer credit rights is during a financial crisis when banks are not giving out loans, Mimica said that during a crisis every euro counts. “Credit conditions are becoming tougher and demand has fallen, but in spite of this there still is some demand which makes it more important for consumers to know how they will be spending their hard earned salaries,” he said. Mimica added that a new directive is in place which grants very similar rights to consumers who may have a mortgage. He said he expects it to be transposed into national legislation within the next one or two years.

Labour Minister Zeta Emilianidou, representing the Commerce Ministry at the recent presentation, said: “The Commission’s campaign held in Cyprus on consumer credit has my fullsupport. It will help consumers in Cyprus to become aware and exercise their rights when taking out credit. In this way, they will be able choose the product that best suits their needs.” Mimica added that “with this campaign we want to encourage consumers to stop and think before signing a credit contract. We want to remind them that they have rights, which they can and should exercise”.