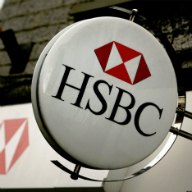 Close to 3,400 Cypriots with deposits abroad have been charged €7.5 million in tax, lawmakers heard recently, as they discussed the issue of alleged tax evaders supposedly included on a list of people with deposits in HSBC Switzerland.

Tax Commissioner Yiannakis Lazarou told MPs that between 2006 and 2012, authorities found 3,353 Cypriots with deposits abroad, taxing them €7.5 million in total.

Lazarou said authorities were expecting the list of overseas depositors for the period between 2012 and 2014.

MPs, members of the House Watchdog Committee, also want more information on a list of Cyprus-affiliated individuals and companies included in the revelations relating to Swiss HSBC account-holders.

The committee will revisit the issue in the near future and will seek clarification from the finance minister regarding the list.

The ‘Cypriot’ list, according to Greek paper Ta Nea, which took part in a global investigation that led to the revelations about HSBC, showed 308 account-holders who maintained balances of $647m in the Swiss bank.

Of these, eight people had stated Greek residential addresses, two being Greek nationals.

These eight individuals accounted for $11.5m in deposits, while other entries in the Cypriot list were found to hold accounts in which amounts flowing in mirrored those of Greek account-holders exactly, suggesting a link between the two.

Although holding overseas bank accounts is neither illegal, nor indicative of wrongdoing, it has been widely speculated that the leaked information may include evidence of undeclared income, which was moved to Switzerland to take advantage of its ultra-strict bank secrecy laws.