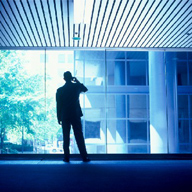 Cyprus government bond yields have fallen following the recent passage of the foreclosure and insolvency legislation by parliament.

Investment and Energy Strategy Manager Theodore Alepis told the Cyprus News Agency that the yield on the benchmark 10-year bond yield had dropped to 3.83% on Monday, close to the all-time low of 3.81% on August 16, 2010.

Just before the vote on Friday the 10-year bond yield was 4.01%. Yields move in the opposite direction to prices, therefore falling yields (higher prices) mean that investors perceive risks to be lower.

“There was a significant drop in yields because we didn’t have another postponement of the law on foreclosures and the insolvency framework was adopted,” Alepis told CNA.

This he said paved the way for Cyprus to issue new bonds and to participate the quantitative easing programme of the European Central Bank.

The Cyprus yields are much lower than Greece, which is well into double digits, but still higher than other peripheral countries such as Portugal, where yields are no more than 2%.