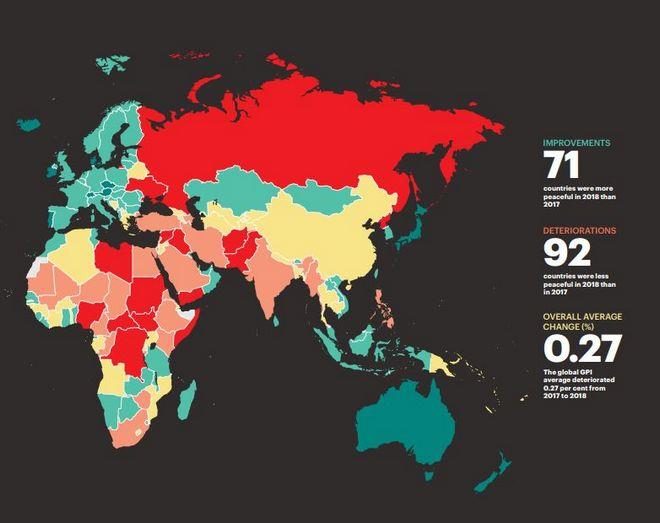 Cyprus is the 62nd safest country in the world according to the Global Peace Index 2018 (GPI), published by the World Economic Forum.

Cyprus ranks 62nd in a total of 163 countries, moving up three places compared to the GPI 2017.

The safest country in the world according to the GPI is Iceland and the less safe is Syria.

The GPI ranks 163 independent states and territories according to their levels of peacefulness.

The GPI gauges global peace using three broad themes: the level of societal safety and security, the extent of ongoing domestic and international conflict and the degree of militarization. Factors are both internal such as levels of violence and crime within the country and external such as military expenditure and wars.