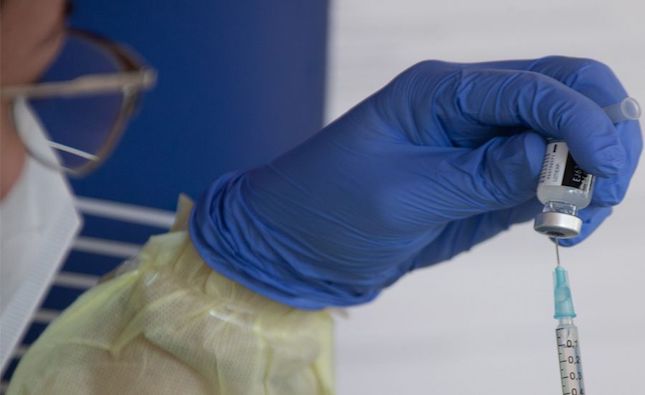 According to the latest data provided by the Ministry of Health, the population of Cyprus is 75.1% vaccinated,  as Paphos leads the way with 90% of its population vaccinated against the coronavirus.

The report went on to say that as of September 7th, 79.4% of the adult population in Cyprus (18+) had received their first dose and 75.1% had received both doses.

Vaccine coverage by at least one dose per age group is as follows below:

With regards to vaccine coverage per district, Paphos has surpassed all areas with 90% of its population having had the 1st dose. Famagusta follows at 88.8%, Nicosia at 78%, Limassol at 77.8% and Larnaca at 73.8%. (See map below) 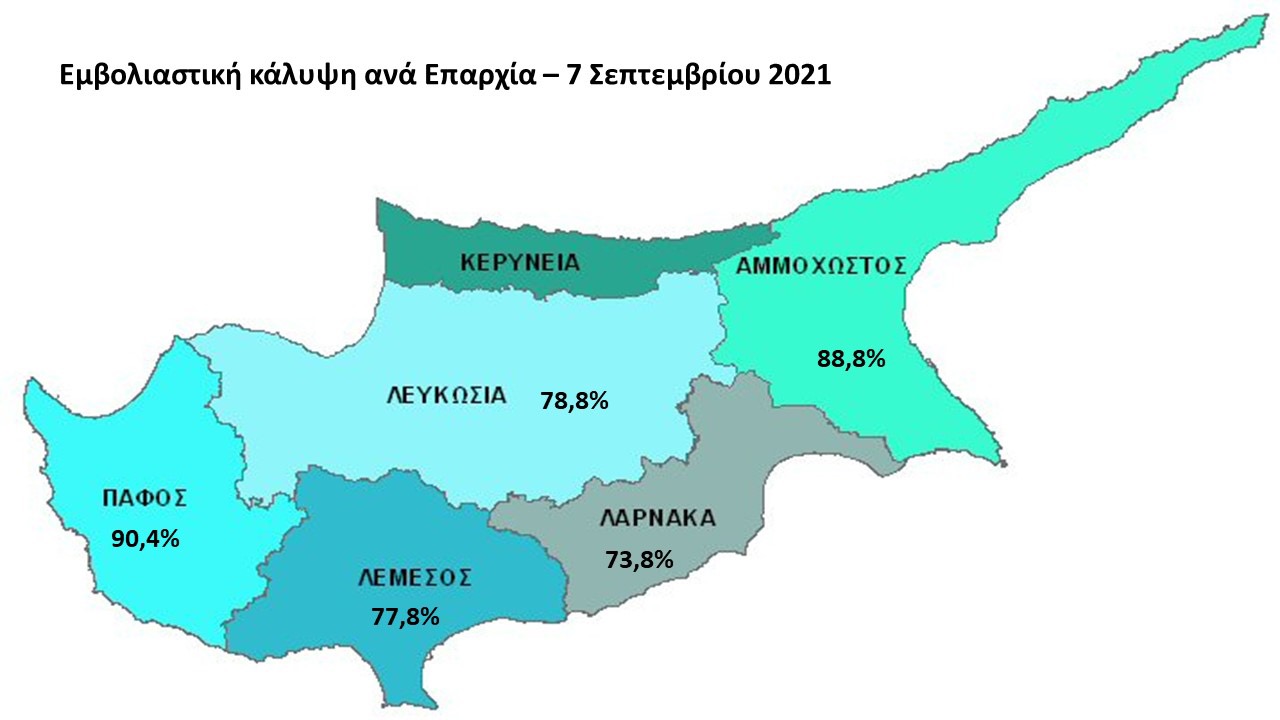