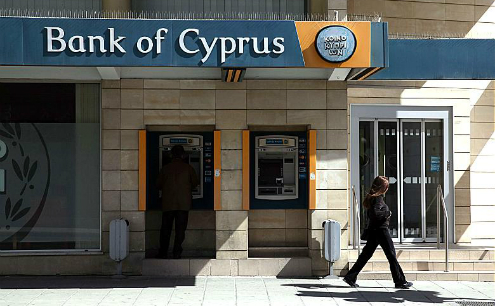 Cyprus abolishes maximum daily cash withdrawal limits from bank accounts, a year after imposing capital controls to prevent a bank run in light of the €10b bailout.

In a decree issued by the finance ministry, the €300 limit per person per day was scrapped, along with restrictions on breaking fixed-interest time deposits prior to maturity. The decree also allowed, under conditions, individuals to open bank accounts in other credit institutions.

The Finance Ministry said the decision was taken because a performance-linked roadmap of stabilising the banking sector had been met. One of the benchmarks was completing the merger of Co-Op banks, a network of small lenders, which received bailout money under terms of €10 billion in international aid to Cyprus.

Individuals were also allowed to transfer up to €50,000 in funds per month without supporting documentation, and businesses €200,000, the finance ministry said. Restrictions remain on moving money abroad. Cypriot officials have previously said they anticipate that all controls could be fully lifted by the end of 2014.

Cyprus was forced to wind down a major bank and convert large deposits in a second to recapitalise it in order to qualify for aid from the International Monetary Fund and the European Commission.