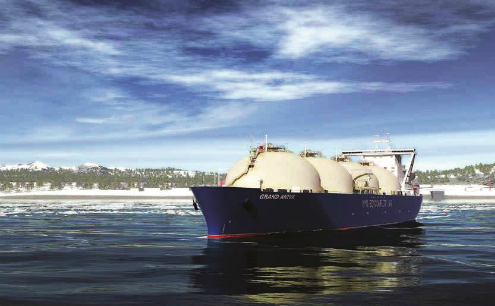 The tender for the temporary import of natural gas by Cyprus has been cancelled by the Natural Gas Public Company (DEFA) according to the Jerusalem Post, which said that Cyprus has “nixed” the tender.

The deadline for deciding on winning bidders was the end of January but no official announcement had come out from DEFA by the end of Friday.

Instead, news broke via an announcement from Israel’s Delek, one of the bidders, to the Tel Aviv Stock Exchange on Monday.

Referring to an earlier request by DEFA to extend the bid deadline to January 31, Delek said in a press release that it had not requested another postponement.

“Therefore, without a new DEFA request for extension of the proposition as mentioned above, the validity of the offer expired.” The Delek press release suggested that the Cyprus government has decided to push for importing gas from its own field in Aphrodite instead.

“It is noted that at this time, and to the best knowledge of the gas partnerships, the Cypriotgovernment is examining various options to supply natural gas to the domestic market in Cyprus in addition to the tender, including the option to supply natural gas from the ‘Aphrodite’ reservoir in Block 12 in Cyprus”, the press release said.

Delek and Noble Energy of the US are partners in both the Israeli Leviathan field and the Cyprus Aphrodite field in Block 12. DEFA could not be reached for comment.

Meanwhile, Noble and Delek seems to be reviving the option of exporting gas to Egypt.

The companies are reported to be in Egypt for talks on gas agreement, according to the Jerusalem Post.

Sales of gas to Egypt from Leviathan were thrown into doubt in December when the Israeli Antitrust Authority decided that Leviathan constituted a monopoly.

However, the interested parties continue to work on a way through.