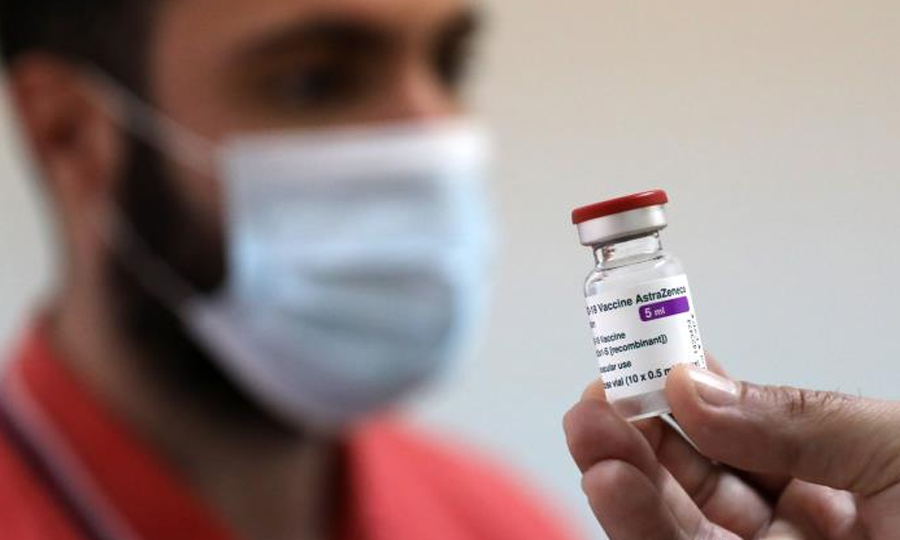 The Republic of Cyprus is adopting age restrictions for the AstraZeneca vaccine, following a fatal blood clot incident and intense debate amongst health experts, with the decision coming just hours after the health minister had warned he would seek answers abroad if the advisory team failed to deliver a solid recommendation.

According to local media, the health ministry issued a statement on Wednesday recommending that a second dose of the AstraZeneca vaccine be administered according to schedule to those who did not have any serious adverse effects such as a thromboembolic incident following their first dose.

But the ministry also urged people under the age of 50 to show preference for vaccines based on mRNA technology, such as Pfizer/BionTech, and Moderna.

The decision came amid a national effort to get as many people vaccinated. It also came in the middle of public debate over the question of age restrictions for AstraZeneca as a response to concerns of risks involving very rare side effects, including serious thromboembolic events that can be fatal.

Earlier, Health Minister Constantinos Ioannou said the administration was prepared to seek answers abroad if the government’s advisory team failed to give definitive answers on whether age restrictions should apply to the AstraZeneca vaccine.

Ioannou had asked the members of the government’s scientific advisory team, which advises the administration on matters pertinent to the pandemic, to resolve their differences on any recommendations on the AstraZeneca vaccine against COVID-19, following public comments by some members on the death of a British woman who died from a blood clot three weeks after getting vaccinated.

Although reports said the members met on Tuesday via teleconference to discuss the issue, there was a lack of consensus on whether any age restrictions should be imposed, with the task force deciding that team members would submit their positions individually. Some reportedly had suggested only people over 40 should get the AZ’s Vaxzervia vaccine, others ranging over between 50 or 55, while others pushed for either no restrictions at all or not recommending the AZ jab altogether.

During a press conference on Wednesday at the Presidential Palace, Ioannou said he was looking for a solid answer from the experts one way or the other.

“If the answer that I’m waiting to receive by noon today is not adequate or substantiated on a way forward, then we will seek answers abroad,” Ioannou said.

EMA had cautioned over rare blood clots but left it up to individual member states to weigh risks and benefits before formulating an inoculation policy.

But some health experts on the task force were alarmed following a handful of serious blood clots incidents after vaccinations, including a fatal case of 39-year-old British woman Stephanie Dubois who died on the weekend from a “serious thrombotic episode” after getting the AstraZeneca vaccine in early May in her place of residence in Paphos.

London officials at that time had called for unvaccinated adults of the woman’s age group, who did not have an underlying health condition, to be offered an alternative to the AstraZeneca vaccine when possible, citing concerns in that country over links to rare blood clots.

But Cypriot health officials maintained all along the AstraZeneca vaccine was a safe choice, saying EMA had not ordered the withdrawal of AZ's Vaxzervia.

Despite some calls from health experts on the advisory team to introduce age restrictions, Elena Panayiotopoulou, Acting Director of Pharmaceutical Services, had told the Cyprus News Agency on Tuesday that the ministry’s position was firm against the idea of age groups.

The official argued against any age restrictions for the AstraZeneca jab, saying EMA stopped short of imposing such restrictions and adding that the Republic of Cyprus would continue to follow the EMA guideline.

Panayiotopoulou also recalled that Cyprus was the only country both within and outside the EU offering citizens the right to choose the vaccine of their preference. But she went on to urge people to report any side effects by filling out a yellow card and sending it to her department.

But the health ministry statement on Wednesday afternoon said a consensus had emerged among members on the task force committee, adding that any additional EMA updates as well as national data would continue to be taken into consideration in order to protest public health and the safety of citizens.