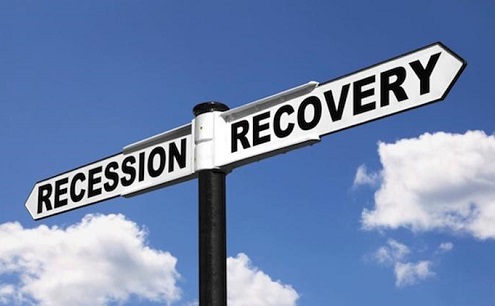 Cyprus aims to exit recession in 2015

Cyprus is determined to beat estimates and exit the bailout programme ahead of schedule and return to growth by the end of 2015.

Efforts to bring Cyprus’ economy back on track have been gaining momentum, with the country showing strong progress in meeting its targets in a bid to exit the recession in 2015. Consecutive positive upgrades by credit rating agencies as well as encouraging results from evaluations by its international lenders have strengthened investor confidence and increasing amounts of foreign direct investment have begun to flow back into Cyprus.

As one of the smallest EU member states, last year’s bailout and more specifically the controversial and unprecedented bail-in of bank deposits dealt a severe blow to Cyprus. However, with its small open economy and experience in handling external shocks Cyprus has shown its capability of turning things around to recover faster than expected.

Banking has recently seen the most significant flow of foreign investment. In July, the island’s biggest lender, Bank of Cyprus (BoC), sold €1 billion in shares to internationally renowned investors such as US billionaire Wilbur Ross, Russian billionaire Viktor Vekselberg and the European Bank of Reconstruction and Development (EBRD). The capital increase has strengthened BoC’s position and trading of its shares are due to restart. The bank is also in discussions with Euronext NYSE and the London Stock Exchange about moving its secondary listing from Greece to the Netherlands or the UK. Also the hotel industry has seen significant interest from investors through multi-million-euro deals and the professional services sector experienced a boost as company registrations increased for the sixth consecutive month in August 2014.

Interest in the country's natural gas industry is also booming, with Italian-Korean consortium Eni/Kogas being the latest energy company to start exploratory drilling in Cyprus' waters and Egypt ratifying a framework agreement with Cyprus on the joint exploitation of hydrocarbon reserves. Cyprus could also be exporting liquefied natural gas (LNG) to Europe by 2022.

Other encouraging signs spurring Cyprus in achieving its goal to return to growth in 2015 are the strong numbers in tourist arrivals and revenue, the upward trajectory of consumer indexes, the tentative signs of recovery in the real estate sector over the last seven months, and the rapidly developing investment fund sector. Also unemployment has seen a steady decline for the fifth consecutive month, although still at high levels at 15.4%.

Implementing strict reforms, the government has been working hard to stick to the terms of the economic adjustment programme, and is determined to exit ahead of schedule by the end of 2015. Huge progress has been made, but to fully succeed there are still crucial issues to be tackled such as the high percentage of non-performing loans. Another milestone for the Cypriot banking sector will be the European Central Bank (ECB) stress tests next month. If passed successfully, the tests would boost confidence not only in Cyprus banks, but also in the wider European banking system. However, both local banks and the ECB have reported they are not expecting any surprises, considering the solid restructuring work that has already been achieved in Cyprus over the last year.

The European Commission’s (EC) forecasts confirm Cyprus’ economic adjustment is on the right track and also expects the country to exit recession in 2015. According to the Commission, GDP stood at -5.4% in 2013, while the forecast in November was -8.7% and -6% in February. For 2014, GDP is expected to be reduced at -4.2%, while 2015 will mark the exit from recession and the return to development with the GDP reaching 0.9%. The EC’s Vice-President Siim Kallas stated that recovery in Cyprus has now taken hold and investment is rebounding – and Cyprus has certainly seen evidence of this with FDI flowing in again setting the country on a steady path to growth.