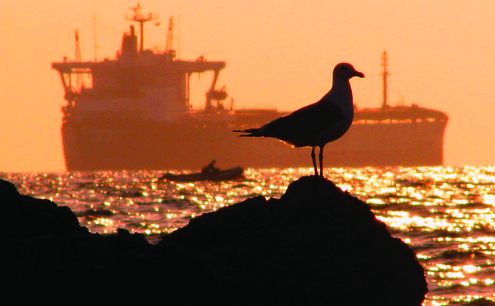 Maritime Cyprus, the brand name for the island’s shipping cluster and the competent junior ministry, plans to expand its international presence through a series of measures to be implemented this year, including more offices in leading ports, further reform of the already successful tonnage tax system and incentives to boost the physical presence of companies on the island.

Marking the first anniversary of the establishment of the Deputy Ministry of Shipping, following the restructuring and upgrade of the Department of Merchant Shipping, Minister Natasa Pilides said the aim is to further develop both the Cyprus Register and the cluster. “A permanent representation in Asia would be especially useful because of the importance of China and Japan in world trade, and we are in the process of appointing representatives in Asia,” Pilides said. Cyprus has offices in Hamburg, Rotterdam, London, Piraeus and New York, and a permanent representation in Brussels. She added that Maritime Cyprus made its presence felt in 2018 through five roadshows and meetings with about 60 ship owners and managers around the world, as well as participation in key events, with the most important on the 2019 calendar being the upcoming Maritime Cyprus Conference to be held in Limassol on October 6-9 where about 1,000 delegates are expected to attend. As a result of the roadshows and in the face of a Brexit scenario, two of the six-fleet cross-Channel P&O ferries operating the Dover-Calais line (the Spirit of Britain and the Spirit of France) have already re-registered under the Cyprus flag in order to keep European Union tax arrangements ahead of Britain's departure from the bloc. Asked if the remaining four ferries will also re-register in Cyprus, Pilides sufficed to say that only two had taken the Cyprus flag, “for now”, citing confidentiality issues with the owner, Dubai World. Fears that Brexit would hamper their business, other shipping-related services companies have already set up offices in Cyprus, including the London P&I Club, one of the world’s leading mutual marine liability insurers. The decision is a long-sought boost for the Cyprus maritime cluster, that is a top ten global flag and ranks third among the European fleets after Greece and Malta. Cyprus is also a leader in the ship-management industry, with the sector accounting for more than 7% of Cyprus GDP. The number of ships on the Cyprus register grew marginally last year, with 1,725 ocean-going vessels as at the end of January, just three more than in 2018 and 72 more than in 2017, while the output of the vessels grew from 23.89 gross tonnes in 2017 to €23.95 million in 2018 and €24.26 million by the end of January. The number of companies opting for the tonnage tax system has risen from 168 in 2017 to 203 at present, mainly due to the increase in the number of shipowners from 77 to 110 in the last two years, while ship managers and charterers remained steady at 48 and 45, respectively. Looking ahead, Pilides said that the tonnage tax system is already under review and a renewed version will be ready by the end of 2019, together with a proposal for the simplification of fees and charges and a review of the government policy for the registration of ships in order to reduce bureaucracy. “The ministry remains the first point of contact for many when it comes to government services, and the services we provide must be equal or better than our competitors,” the minister said, adding that a process of implementing a digitisation plan is already underway, as the tender process for a provider has just ended. “The next step is the automation of the ship registration process,” Pilides said. The minister said that the shipping industry’s contribution to the economy has grown and overtaken the 7% mark as a part of GDP, with ship-management alone accounting for 5.1%. “If we add to that ship owning, fuel and bunkering, parts and logistics, cybersecurity and technologies, and telecommunications, then the total contribution to GDP has surpassed 7% by far.” Pilides said that the onshore workforce directly employed in shipping has also grown in recent years from 5,000 to 9,000 today and about 55,000 seafarers, where the Cypriot presence is insignificant. With the introduction of three maritime academies, this could change, as 300 students, half of whom are Cypriot, will eventually seek work in the maritime sector, and particularly on board ships, as part of the plans to boost jobs and develop the “blue economy”. Pilides said that as regards reviving the passenger ferry link from Cyprus to Greece, the ministry is in the process of receiving final bids within the next two weeks from companies that will evaluate the cost-benefit of such a route, as a study needs to determine if the chosen ferry company is eligible for EU funding, considering the passenger numbers and potential profits, if any, of such a venture. Finally, the minister reiterated what all past transport ministers and shipping officials have echoed in the past, that the issue of the Turkish embargo on Cyprus-flag ships will be best resolved with the solution of the Cyprus problem, as 20% of all vessels approaching Turkish ports are EU-flagged with many more EU-owned. However, on the issue of recycling ships, Pilides concluded that as two Turkish yards have been recognised by the EU for this purpose, there doesn’t seem to be a problem of Cyprus-owned or Cyprus-flag vessels seeking services there. Source: Financial Mirror