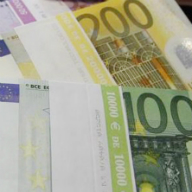 Cyprus aims to maintain cash reserves amounting to €1 billion to manage risks for the Cypriot economy as the island’s €10 billion three-year economic adjustment programme, signed with the EU and the IMF expires on March 31, 2016.

The cash reserves would enable the Finance Ministry to manage possible risks to the island’s public debt which in September 2015 stood at €18.8 billion or 107.5% of GDP.

The cash reserves for 2016 will not be lower than €1 billion “which represents a realistic amount of the annual domestic financing needs in the medium term,” the Public Debt Management Office (PDMO) has said.

According to the PDMO, the cash reserves will act as buffer until Cyprus secures its smooth presence in the capital markets.

“The possible risk until securing steady market access will be mitigated through the increase in our cash reserves and the containment of foreign exchange and interest rate risk,” it noted.

Total cash reserves will be revised on an annual basis, the office added.

According to the PDMO report, the main challenge to debt management comes from the expiries in the period 2019-2020 which amount to €4 billion or approximately 20% of the island’s total public debt, whereas bonds amounting to €2.3 billion mature from mid-2019 until early 2020.

“The PDMO aims to tackle this challenge through debt management techniques such as debt roll over,” the report noted.

Finance Minister Harris Georgiades has said in an interview with CNA that Cyprus aims to tap the markets once in 2016 with part of the debt issued allocated to roll over debt that expires in the period of 2019–2020.

The PDMO noted that risks to public debt management arise from Cyprus’ public guarantees which amounted to €3.14 billion or 18% of GDP on June 2015, whereas Cyprus’ exclusion from the ECB quantitative easing programme are expected to cause pressures to borrowing costs.

Cyprus’ rating is still considered junk although it had consecutive upgrades in the past two and a half years. Since implementing the bailout programme, Cyprus has issued three EMTN bonds.

“In general the momentum created is conducive to additional upgrading although there are still risk factors in the strategy period,” the PDMO said, adding that restoring investment grade is a crucial landmark in the ratings outlook.