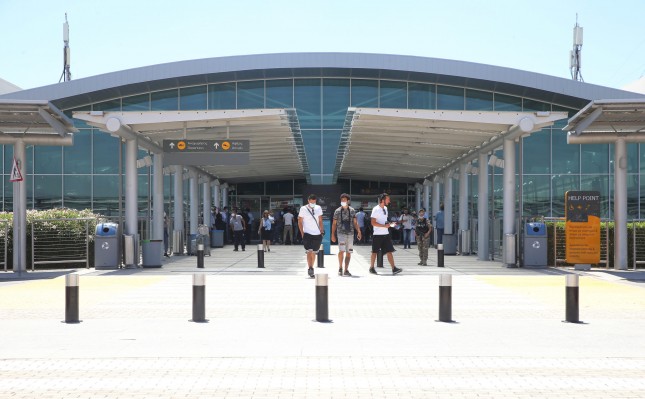 Cypriot authorities are targeting tourists from third countries outside the EU, including the UK, the island’s biggest market, by lifting the need for travellers to quarantine upon arrival, believing that the move will increase air connectivity.

On Tuesday, the Deputy Ministry of Tourism announced that as of April 1, the island will open for arrivals from the UAE, Saudi Arabia, Qatar, the UK and Israel, waving the demand for travellers to quarantine.

Travellers from these countries will at most be requested to take two coronavirus tests, one before boarding their plane and another upon arrival at Larnaca or Paphos airport.

A deputy ministry source told the Financial Mirror that the decision was taken within the context of an earlier government decision to focus on a list of close to 60 countries which are important to the island’s economy.

If one of the five listed countries is in the red category of the traffic-light system coding, then travellers will be requested to present two coronavirus tests. If their country of origin is in the orange category, then they will need to carry a negative test result upon arrival.

In the case of the UK and Israel, the deputy ministry has said that people vaccinated with an EU approved COVID-19 vaccine will be allowed entry to Cyprus without any other requirement.

“Our latest announcements are nothing more than a reminder to markets of previous decisions taken by the Republic to facilitate the arrival of tourist flows,” said the junior ministry source.

Asked about recent developments in the UK where a ban on international travel has been introduced until the end of June, with those breaking the ban slapped with a £5,000 fine, the source said that authorities are keeping a close eye on developments.

State officials, among them Secretary of State for Transport, Grant Shapps, told Britons not to plan any holidays for the summer, telling them to consider holidays at home.

“We are concerned, but there is nothing we can do at the moment. We are keeping an eye on developments, while doing our part, which is to facilitate arrivals as much as we can. This is why we have waived the quarantine for visitors from the said countries,” said the ministry source.

Earlier on Tuesday, Transport Minister Yiannis Karousos appeared more confident, as he told media that he expected air traffic to pick up from mid-May with “thousands of tourists making their way to the island”.

“By the end of March, flights will reach 160 from 50-60 per week, while from April we will see 240 a week. We expect tourists in Cyprus from mid-May, as March and April are pilot months, giving us the chance to ensure all the protocols of the Republic work properly”.

Karousos said that he expected to see tourist flows pick up from mid-May, appearing optimistic that the UK will allow its citizens to leave their country for holidays abroad.

“There is increased interest from airlines that want to strengthen their Larnaca base with more planes and flights, because they believe that Cyprus offers stability to their passengers and to the companies themselves.”