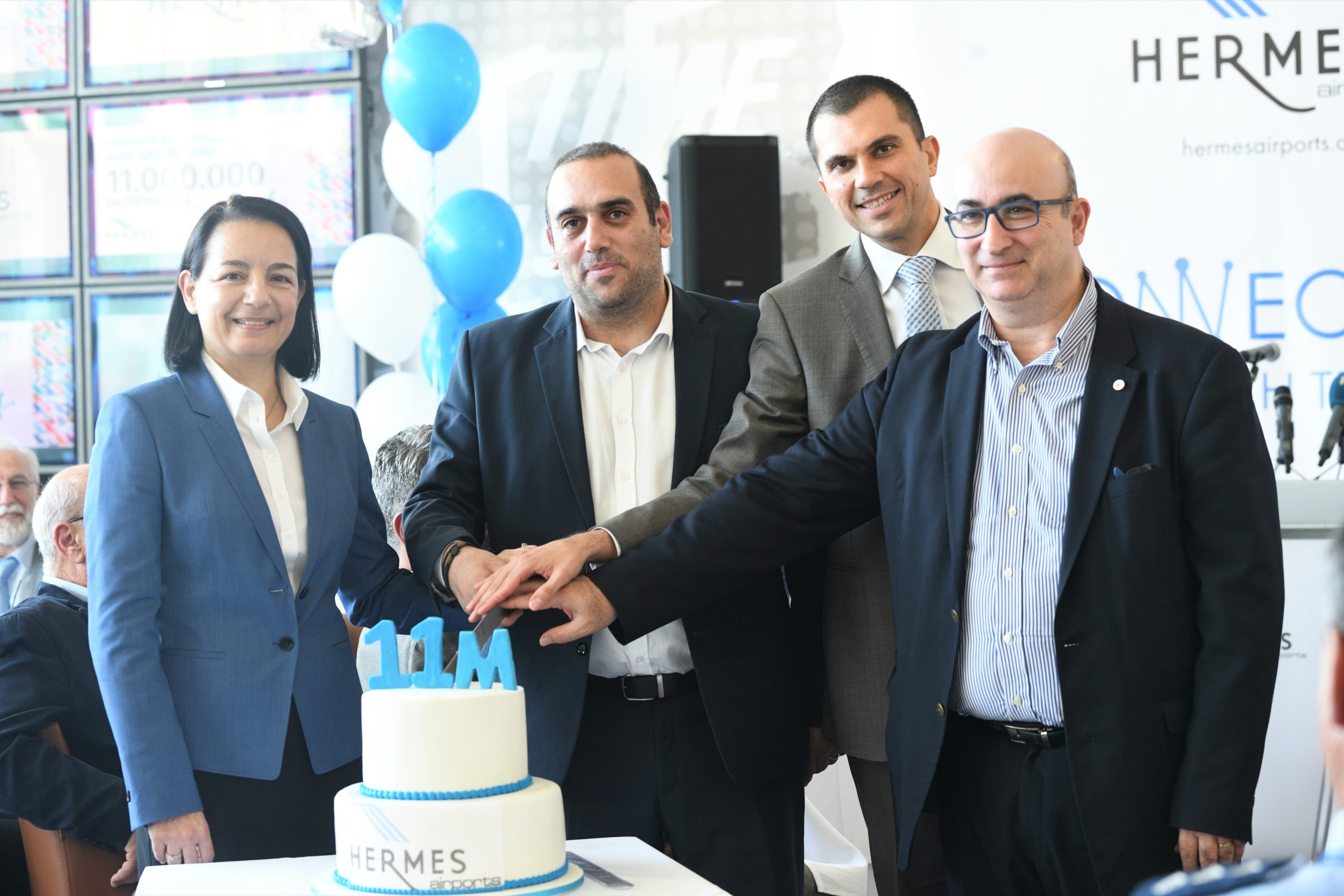 Larnaca and Paphos airports have set a new annual passenger traffic record as they welcomed 11 million passengers for the first time.

It is estimated that more than 11.3 million passengers will have travelled to and from the two airports by the end of the year.

This continues an upward trend for Cyprus tourism over the past few years, with passenger traffic recording an increase of 60% since 2013.

Hermes Airports held a special event at Larnaca International Airport to celebrate this record, in the presence of the Minister of Transport, the Deputy Minister of Tourism, MPs, institutional representatives and businesspeople of the tourism sector.

During the event, the company shared a video that presented all of its achievements since 2006, when it assumed the operation and development of Larnaca and Paphos airports, having invested more than €640 mln.

In his speech, Minister of Transport Yiannis Karousos congratulated Hermes Airports and all the parties involved in the proper and safe operation of the airports.

He said it was a difficult year for the air transport sector but due to efforts that were made there were positive results.

Karousos said that the government is committed to supporting the development of the air transport sector, through bilateral air service agreements and memoranda of understanding.

“Our planning is based on the gradual reduction of our dependence on saturated markets, further expanding Cyprus’ connectivity to new destinations, and attracting tourists from countries that were previously poorly represented,” Kaloyirou said.

She also highlighted the importance of putting forward the National Tourism Strategy of Cyprus and promoting the country’s new brand.

Kaloyirou also referred to the renovation of a number of public spaces at the two airports, the aim of which is to provide an upgraded travel experience for passengers, as well as a multifaceted “Sense of Cyprus” for visitors, through facilities that reflect the island’s history and nature.

Hermes Airports’ CEO also presented the company’s environmental plans for the operation of the two airports.

The company is commited to net-zero carbon emissions at Larnaca and Paphos airports by 2050 (NetZero 2050 deal).

Already, Hermes Airports has acquired the highest level of the ACA certification (Level 3+), after reducing the carbon emissions of its facilities to the greatest possible extent, while in 2020 the company will also start building photovoltaic parks at Larnaca and Paphos airports in order to save energy by 25% and 30%, respectively.