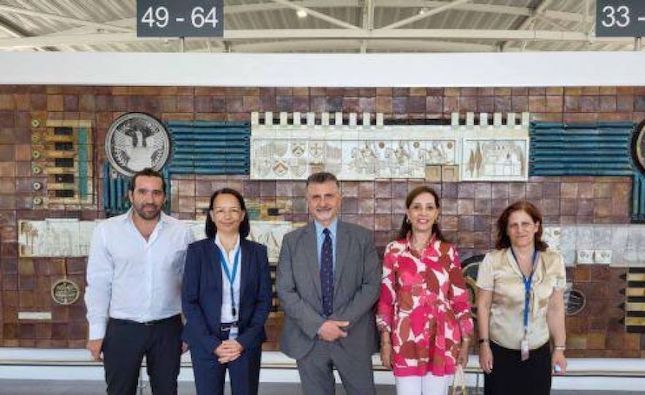 Cyprus airports to promote the island's cultural heritage and traditions

The Deputy Ministry of Culture along with the management of the Larnaka and Pafos Airports have banded together to promote the cultural heritage and traditions of Cyprus.

Deputy Minister of Culture, Dr. Yiannis Toumazis met Larnaca airport CEO Eleni Kalogirou and the Hermes Communications team on Tuesday where they discussed ways to cooperate to promote the island's cultural heritage and tradition as well as modern Cypriot culture.

A Deputy Ministry press release said the relationship between airports and the arts has shown an impressive development as countries are now exploiting their airports to promote their history and culture to thousands of visitors.

"Modern concepts want airports to be sites where they can promote and show current civilization and the cultural heritage of each country", it said.