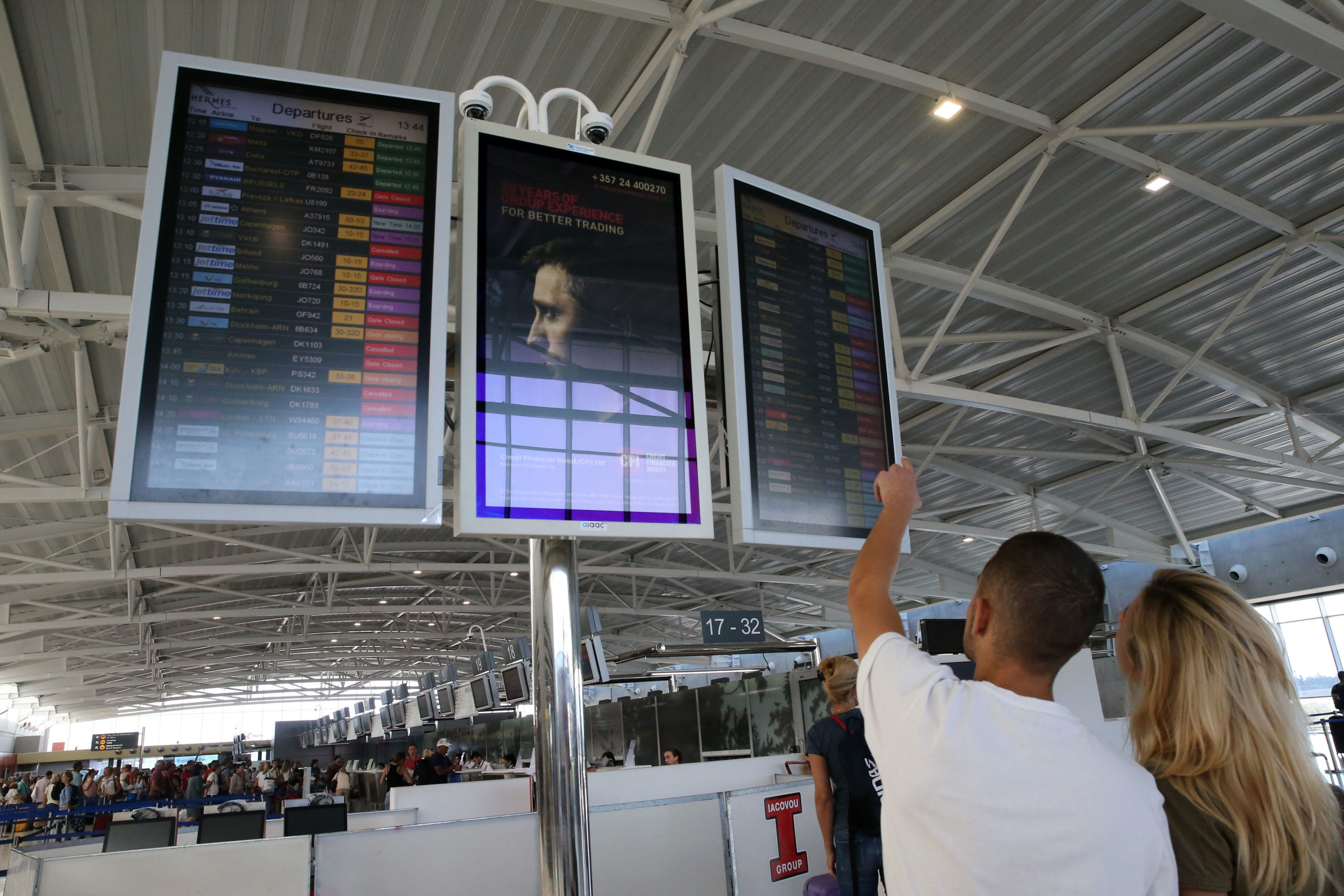 Air traffic at Larnaca and Paphos airports increased by 8.6% in January 2020, according to Hermes Airports data.

Passengers passing through Larnaca and Paphos airports in January reached a total of 459,700 compared to 423,200 in the same month last year, recording an increase of 8.6%.

Airports operator Hermes referred to the importance of agreements it has with airlines operating full-time at Paphos which has contributed significantly in the increase of air traffic.

“Hermes Airports’ ongoing effort to prolong the tourist season continues to bear fruit, as the winter increase in passenger traffic to and from Paphos Airport is primarily due to Ryanair, EasyJet and Jet2’s year-round presence there,” said Hermes head of development Maria Kouroupi.

Kouroupi noted that new flights to Athens (Aegean Airlines & Cyprus Airways), Beirut, Katowice and Malta have been added to Paphos Airport’s itinerary this winter season while Ryanair has included flights to Kiev.

She said Condor will be flying eight times a week from four German airports (Frankfurt, Munich, Düsseldorf and Leipzig) to Paphos as of next week, increasing the number of passenger seats available by approximately 100,000.

According to Hermes Airports data, air traffic at Larnaca and Paphos Airports reached record levels in 2019 at 11.3 million from 10.9 million in 2018.