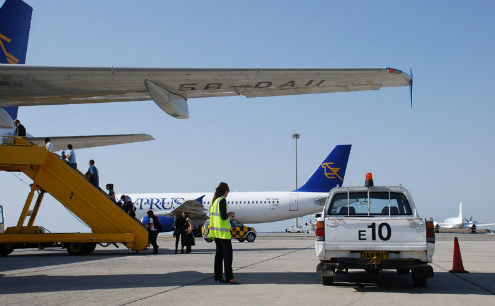 The Cyprus Airways (CY) board is preparing a plan to make the ailing company viable, Transport Minister Marios Demetriades said recently, but the government will not pour any more funds into the company.

“A plan is being prepared by the board to make the company viable,” the minister said after a cabinet meeting. “What we will certainly not do as government, is put money in the company, which will be possibly ruled illegal.”

The airline is waiting for an EU decision on whether Cyprus broke state aid rules by subsidising it with around €75 million in previous years. A decision to return the money would mean the end of the company.

A government source said last week that the EU could give a positive response if a strategic investor was found and the company completed a restructuring plan that includes shedding 320 jobs and further cuts in benefits. CY currently employs 560 people.

The minister could not say whether the company would become viable if staff were laid off.

“This is a matter handled by the company board,” he said, adding that he did not know what was included in the plan.

CY pilots have criticised the minister’s handling of negotiations with potential investors and demanded his resignation.

Demetriades said the negotiations were an open and transparent procedure, which showed “that interest was not so significant.”

Two airlines, Ryanair and Aegean Airlines, have showed interest in CY but according to Finance Minister Harris Georgiades, neither had made a meaningful offer and their terms were not in the public interest.

Georgiades said talks have stagnated as neither was interested in investing in a company that might have to repay tens of millions to the government.

Both appear interested in buying certain assets of the national carrier, but on terms deemed grossly unfavourable to the government.